In Case You Were Wondering, Mariah Carey’s Closet Is Insane 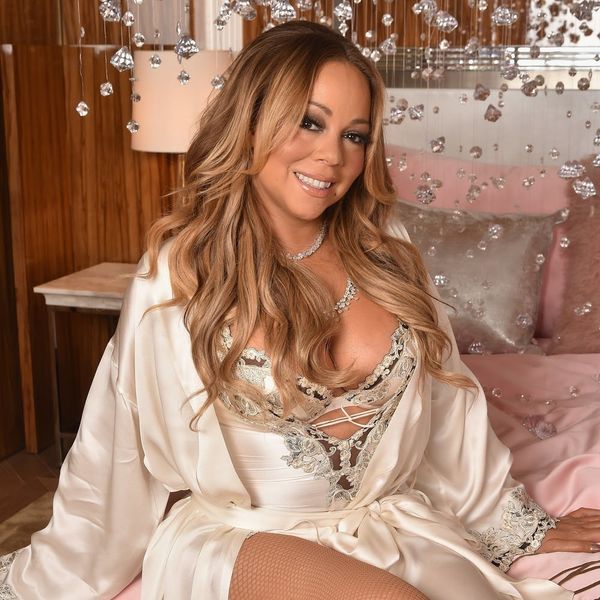 If there’s one thing we know about Mariah Carey, it’s that she always lives her most glam, over-the-top life. So when Vogue toured her incredible closet, we were. HERE. FOR. IT.

Carey’s closet in her Tribeca home is as lavish and bonkers as you’d expect. The diva drank a bit of bubbly from a Champagne flute engraved with her initials (obviously) and quipped, “I’m not as casual as most people, but I guess I could be.”

Carey, who shares twins Moroccan and Monroe with ex Nick Cannon, showed off her impressive collection of designer heels, revealing that she’s a “shoe fanatic,” because, of course she is. “I can’t even believe these are my shoes,” she said. “Whatever.” She then traipsed through the multi-room closet to show off her handbags, sunglasses, and a slew of sparkly gowns, all of which are impeccably organized.

The “Heartbreaker” singer also dished on her issue with sunglasses (they often pinch her “chipmunk cheeks,” though she still has dozens of pairs to choose from) and two of her favorite purses (one is from legendary boxer Floyd Mayweather, and the other? “A gift from me to me.”).

The music icon also revealed that despite having no shortage of designer duds at her disposal, she prefers wearing… lingerie, citing La Perla and Agent Provocateur as her favorites, dahling. In fact, she loves undergarments so much, Carey has a separate closet for her lingerie. Her at-home style involves a slip dress and a robe, but she whips out the bustiers for a “private moment.”

As for Carey’s most prized possessions? She says that she has Marilyn Monroe’s piano in her living room, and also a makeup compact from Monroe, which she stores with one of Monroe’s speeches. Check out the full tour inside her closet, and try not to swoon too hard.

What’s your favorite part of Carey’s insane closet? Tells us over @BritandCo.

Arielle Tschinkel
Arielle Tschinkel is a pop culture junkie who went to NYU because the Olsen twins went to NYU (really). She is a freelance writer whose work has also been featured on HelloGiggles, Refinery29, SheKnows, Bustle, Hollywood.com, and many others; and she's living her dream one Britney Spears GIF at a time. Follow her on Twitter @mrstschinkel or visit her website at arielletschinkel.com.
Celebrity Style
Celeb Style
Celebrity Style Closet Designer