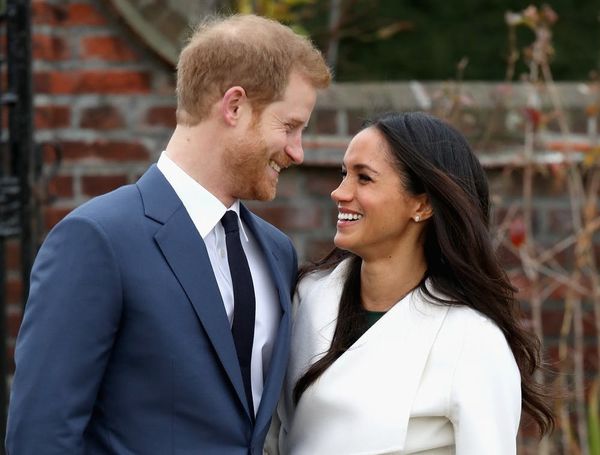 Meghan Markle and Prince Harry are set to welcome their first child sometime this month, and they’ve just shared an update on how they plan to reveal the news of the royal baby’s arrival.

“The Duke and Duchess of Sussex are very grateful for the goodwill they have received from people throughout the United Kingdom and around the world as they prepare to welcome their baby,” the Palace said in a statement on Thursday, April 11. “Their Royal Highnesses have taken a personal decision to keep the plans around the arrival of their baby private. The Duke and Duchess look forward to sharing the exciting news with everyone once they have had an opportunity to celebrate privately as a new family.”

While the palace will let the public know when Markle is in labor, the Duke and Duchess of Sussex will announce the baby’s arrival at their discretion.

And unlike sister-in-law Kate Middleton, who posed for photos outside the hospital shortly after giving birth to all three of her children, Markle and Harry will arrange a smaller photo op on the grounds of Windsor Castle. Only one reporter, one photographer, and one TV camera will be invited to document the new family.

The photo op will take place within a few days of the royal baby’s arrival. Many have speculated that the couple will share the news with the public on their just-launched Instagram account.

So far, the palace has not provided details on where Markle plans to give birth. Given the couple’s recent move to their new Frogmore Cottage home in Windsor, though, it’s unlikely that she will deliver at St. Mary’s in London, where Middleton delivered her children.