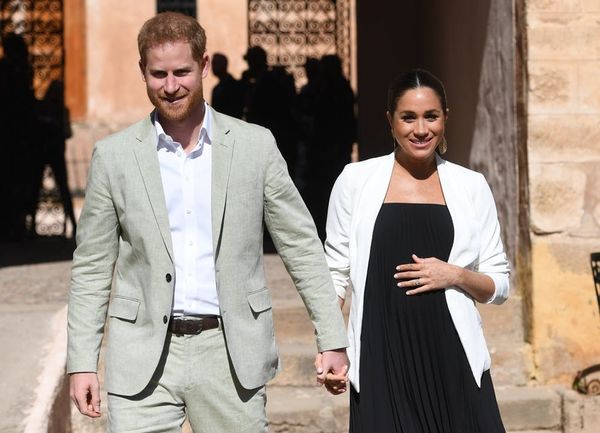 Royal baby watch 2019 continues — but not in London! As the world awaits the birth of their first child, Prince Harry and Meghan Markle have reportedly moved out of Kensington Palace and into Frogmore Cottage in Windsor. It’s not clear when they made the transition, but according to People, which reported the move on April 4, the Duke and Duchess of Sussex are settling into their new home, which is close to where they held their private wedding reception in May 2018.

The royals first announced the planned move in November, just one month after revealing that they were expecting their first child together. Prior to the move, the pair had been living in Kensington Palace’s Nottingham Cottage, not far from Harry’s brother and sister-in-law, Prince William and Duchess Kate, and their three kids, Prince George, Princess Charlotte, and Prince Louis.

Their new home is much larger than the two-bedroom abode they shared there. According to reports, Frogmore Cottage features 10 rooms and a separate nursery for the baby. It’s also close to St. George’s Chapel at Windsor Castle, where they married last year.

“Windsor is a very special place for their royal highnesses and they are grateful that their official residence will be on the estate,” Kensington Palace said in November.

The move follows several other changes for the couple, including the establishment of their own “royal household” at Buckingham Palace. They previously shared a household office with the Duke and Duchess of Cambridge.

As part of their new household, Prince Harry and Duchess Meghan launched their own official Instagram account, @SussexRoyal, which broke a record when it hit one million followers within six hours of being announced. Their first post included a message from “Harry & Meghan,” saying: “Welcome to our official Instagram; we look forward to sharing the work that drives us, the causes we support, important announcements, and the opportunity to shine a light on key issues. We thank you for your support, and welcome you to @sussexroyal.”