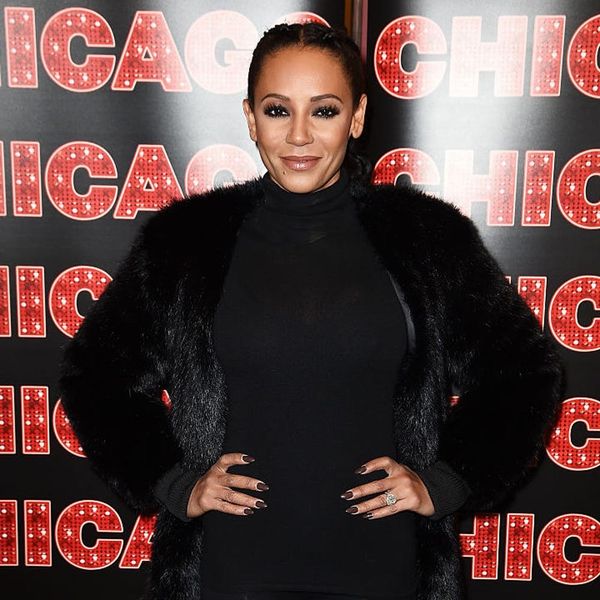 It’s definitely been a roller-coaster year for Spice Girl and America’s Got Talent judge Mel B. In addition to starting divorce proceedings against her husband of 10 years in the spring, the singer and actress suffered the loss of her father, Martin Brown, after a five-year battle with a type of cancer called multiple myeloma. At the time, she posted a note to her Instagram account, asking for privacy and honoring her dad. Now, with some distance from his passing, the talent show judge is again paying tribute to her dad in a heartfelt Instagram post.

“I just wanted one last hug and for you to no [sic] how much I really love you,” the “Wannabe” singer wrote, adding the hashtags “#ripdad #daddysgirl #mostimportantmaninmylife #inoyourwithmestill.” It’s clear that in the months since his death, the singer has been thinking a lot about her dad, who was 63 when he passed away.

My eyes are closed but I see and feel you dad,you are missed every second of everyday me my mum my 3 daughters today celebrated you for being the most important man in our lives #restinpeacedaddy

She previously shared a family portrait of herself, her mother, and her daughters, Madison, Angel, and Phoenix. “My eyes are closed but I see and feel you dad, you are missed every second of everyday me my mum my 3 daughters today celebrated you for being the most important man in our lives #restinpeacedaddy,” Brown captioned the photo in May.

Brown announced her father’s death in early March, sharing a pic of his hands holding onto hers and her sister’s. “It is with great sadness after a 5yr battle to multiple myeloma cancer our loving father Martin Brown passed away age 63 peacefully yesterday,” she wrote at the time. “Both of us his children were by his side and would like to say thank you to St. Gemma’s and all the doctors and nurses for [their] amazing care and support over the years. Please respect our privacy and let us as a united family grieve. With love and respect. Melanie and Danielle Brown x Be Free Dad.”

How touching is Mel B’s tribute? Talk to us @BritandCo.