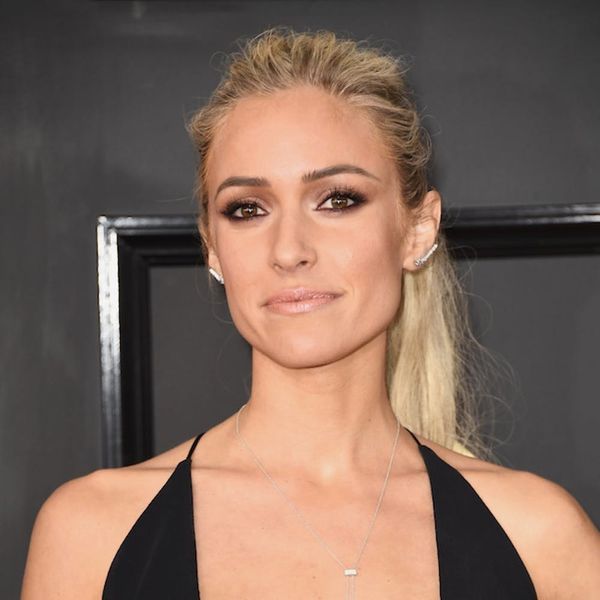 From a sad farewell to some good TV news, check out six of today’s top news items below.

So we're moving from Chicago soon and I gotta say, I'm really gonna miss this place. Not only we're all 3 of my babies born here, it's where it all began with jay, it brought me closer to my mom who has become my best friend, I've made some amazing girlfriends, and I've really enjoyed being back here (a lot of people don't know I lived here when I was younger). Thanks for all the good times, Chicago. This will always be a special place for us ❤️

1. Kristin Cavallari’s NFL husband Jay Cutler was released from the Chicago Bears, and now the pair will be leaving the place they’ve called home for his eight seasons there. Cavallari reflected on all the milestones and memories they’ve shared in the Windy City in a sweet Instagram. “So we’re moving from Chicago soon and I gotta say, I’m really gonna miss this place,” she said. “Not only we’re all 3 of my babies born here, it’s where it all began with jay, it brought me closer to my mom who has become my best friend, I’ve made some amazing girlfriends, and I’ve really enjoyed being back here (a lot of people don’t know I lived here when I was younger). Thanks for all the good times, Chicago. This will always be a special place for us ❤️.” Here’s to a new chapter.

2. The first ep of new Dancing With the Stars proved that Simone Biles will be tough competition and also that Nick Viall isn’t actually that bad?! Viall is teamed up with the ultimate pro (and new mom!) Peta Murgatroyd, and while the judges weren’t too kind to him, fans as well as fellow Bachelor alum thought he did great. “Nick slayed! The judges are acting like his tv exes only giving him 6′,” Evan Bass from the Bachelorettetweeted. But it was Biles, paired with Sasha Farber, who blew EVERYONE out of the water, and immediately emerged as a frontrunner for the season. Is there anything she can’t do!?

3. The Big Bang Theory has been renewed for another two seasons. Those salary negotiations must have have gone well, because the series will stick around on CBS through to 2019. (Photo via Jason Merritt/Getty)

4. Mel B has filed for divorce from her husband of 10 years. It’s splitsville for this Spice Girl. ET has obtained documents showing the separation date as December 28, 2016, even though as recently as last month Mel B was posting heartfelt messages to her hub, Stephen Belafonte, on Instagram. The pair share a five-year-old daughter. (Photo via Alberto E. Rodriguez/Getty)

5. Ivanka Trump will get her own office in the West Wing. Trump’s attorney told the Associated Press on Monday that she will also receive access to classified information and a government-issued phone, despite having no official White House position, title, or salary. “Our view is that the conservative approach is for Ivanka to voluntarily comply with the rules that would apply if she were a government employee, even though she is not,” said Gorelick. “The White House Counsel’s Office agrees with that approach.” (Photo via Justin Sullivan/Getty)

Comey: "I'm not made of steel so I might need a quick break" pic.twitter.com/3UZsIsuhgr

6. Quote of the day: “I’m not made of steel so I might need a quick break.” FBI Director James Comey during his five-hour hearing in which he said he has no information to support President Trump’s wiretapping claims, among more. Actor Rachel Fisher shared a reaction GIF of Hillary Clinton, who once sat through a marathon 11-hour hearing, in tandem with Comey’s quote.

Have you ever had to move away from your home like Kristin Cavallari? Let us know @BritandCo!