Met Gala 2017: All the Celebs We Could Barely Recognize 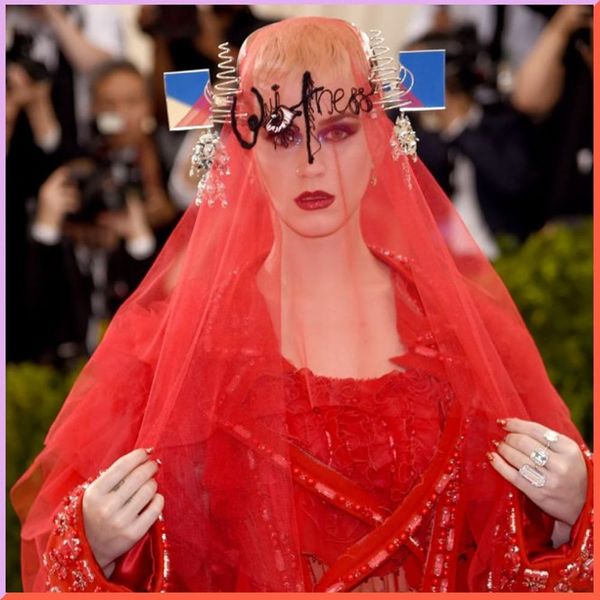 The Met Gala is pretty much fashion with a capital F. So when the theme is the work of Commes de Garcon founder Rei Kawakubo, the ante is officially upped. Significantly. Known for her cerebral take on fashion, Kawakubo is no stranger to out-there styles that read more catwalk than red carpet. Which is why we couldn’t wait to see what the celebs pulled out for this year’s fashion prom. Take a look at some of our fave celebrities on the red carpet tonight, who had us doing a major double take.

1. Katy Perry: Never missing an opportunity to show her flair for the dramatic, gala co-chair Katy Perry showed up in layers of red tulle, complete with a veil and space-age “Witness” headpiece. (Photo via Dimitrios Kambouris/Getty)

3. Rose Byrne: Speaking of hair, Rose Byrne kept it interesting with lots of volume and enough curls to counter her typically wavy ‘do. (Photo via Karwai Tang/WireImage)

4. Lily Collins: You read that right: This is Lily Collins, in all her ’20s-silent-film-star-meets-’80s-Madonna glory. (Photo via Kevin Mazur/WireImage)

5. Karlie Kloss: Serving up ’90s Bridget Fonda vibes, it’s our girl-next-door Karlie. Is that you, boo? (Photo via Neilson Barnard/Getty)

6. Cara Delevingne: Like a character out of the Hunger Games, only chicer, Cara proved that dresses are optional at the Met Gala. Yes to this. (Photo via Neilson Barnard/Getty)

7. Rita Ora: The singer came wrapped up like a fashion Christmas present — that we almost missed! *double take* (Photo via John Shearer/Getty)

8. Rihanna: We barely made out RiRi’s face under this walking work of art. (Photo via Neilson Barnard/Getty)

9. Kate Hudson: In head to toe white — literally — Kate Hudson almost got by us with her ghostly blonde updo. (Photo via Neilson Barnard/Getty)