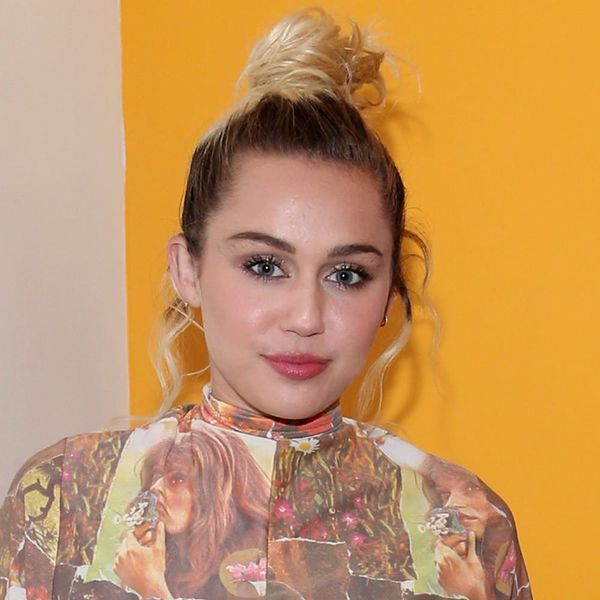 As the full extent of destruction caused by Hurricane Harvey continues to emerge, it’s important for relief efforts to continue. Celebrities have been stepping up their game big time, donating lots of cash and time to help the affected locations recover. Miley Cyrus talked about her own donation when she stopped by The Ellen DeGeneres Show, and was moved to tears just thinking of the devastation in Texas.

It started with DeGeneres telling the crowd that the singer had just pledged to donate $500,000 to relief efforts. As Cyrus started to talk about the situation and her donation, she immediately got choked up.

“I can’t really talk about it,” she said, fighting back tears. “I don’t know why. It makes me so upset. My grandmother’s sitting here, my mom’s here, and I go home to my dogs. If I didn’t have that anymore, it’d just be really hard.”

Cyrus is no stranger to charitable work. She founded the Happy Hippie Foundation to support LGBTQ and homeless youth, and is currently focusing the Foundation’s efforts on Harvey disaster relief as well.

“I hope people understand and can put themselves in those people’s shoes and just know what it feels like to have everything taken away from you,” Cyrus said to Ellen.

It’s important and inspiring to see celebrities in healthy financial positions donating generously, but you don’t need to have access to millions to help. Small amounts from a lot of people really add up, and there are many on-the-ground organizations who need all the help they can get at the moment. If you’re curious, check out some right here.

Cyrus’ appearance on The Ellen DeGeneres Show will air on September 7. She’ll be performing her new song “Younger Now.” Plus, Cyrus is teasing an “appearance by my mammie & mama!”

Does the news about Hurricane Harvey make you emotional? Let us know @BritandCo.