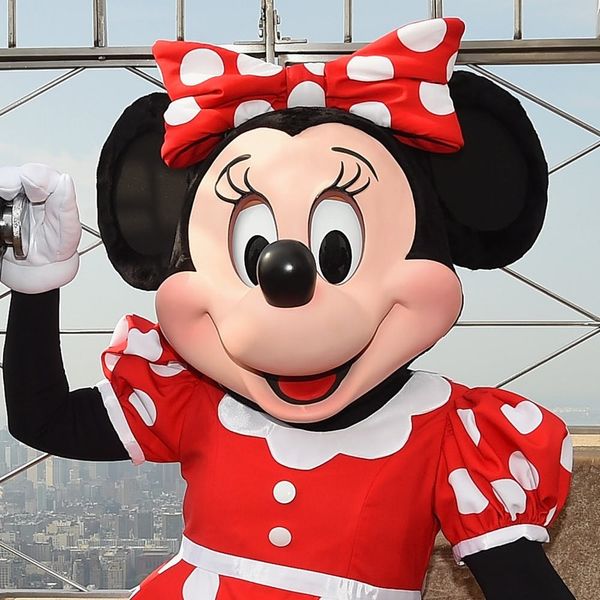 After being in the business for nearly 100 years (!), Minnie Mouse is finally getting her own star on the Hollywood Walk of Fame.

Celebrating her 90th anniversary in the entertainment industry — she first appeared in the Steamboat Willie cartoon back in 1928 — Minnie’s memorable moment will feature appearances from Disney CEO Bob Iger and pop star Katy Perry (who happens to be a big fan of the mouse and all things Disney).

She’s certainly not the first Disney character to receive such an honor — Mickey Mouse, Donald Duck, Tinker Bell, Winnie the Pooh, Snow White, and even Kermit the Frog all have stars — but this is a major milestone nonetheless. Minnie will make her mark on Monday, January 22, in front of Disney’s El Capitan Theatre.

“Minnie Mouse is a woman of the ages and her iconic status makes her a great addition to our Walk of Fame!” said Ana Martinez, producer of the Walk of Fame ceremonies, according to Entertainment Weekly. “Generations of fans of all ages have been looking forward to her seeing her bright new star.”

Though she’s been around for ages, Minnie’s popularity has never seemed to wane. In the last year alone, she has popped up in collections from both Kate Spade and Uniqlo. And let’s not forget those BEYOND adorable Grace Gift shoes and rose gold mouse ears (a must-have for any millennial Minnie fan).

It doesn’t look like this mouse will be scurrying away anytime soon.

Which Disney character would you like to see on the Walk of Fame? Let us know @BritandCo!