How 2017 Became the Year of the Apology 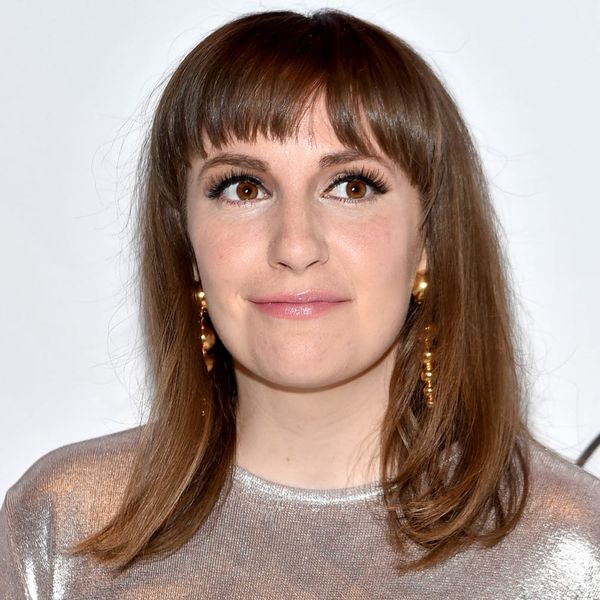 2017 was a rollercoaster of scandal. With everything from Hollywood’s seeming explosion of women breaking down the barriers of assault and sexual misconduct thanks to the #MeToo movement, and people using their voices to call out bad behavior, it seems like this is the year that will go down in history as one of the most tumultuous. But along with scandal comes apology, and with so many apologies to choose from, here are some of the good, the bad, and the downright bizarre apologies we got in the year that just wrapped. (Photos via Getty)

When Kendall Jenner starred in that Pepsi commercial, fans were rightly irritated with the model and reality TV star. After the backlash, the company issued an apology without taking blame for their tone-deaf ad, saying they were sorry they put the model in the position instead of taking blame for their terrible work. For her part, Jenner did apologize, and clearly took the blame to heart by admitting that she, “saw what went wrong," saying that she felt, “f*cking stupid," and that she never intended to hurt anyone. (Photo by Jon Kopaloff/FilmMagic)

Back in the spring, Kathy Griffin posed for a series of photos showing her holding the decapitated head of a dummy of President Trump. She faced major backlash at the time, and apologized on Twitter, saying, “It wasn't funny. I get it. I've made a lot of mistakes in my career, I will continue. I ask for your forgiveness. Taking down the image. I'm going to ask the photographer to take down the image and I beg for your forgiveness." Griffin was fired from her New Year's hosting duties on CNN for the outrage, even though her apology was pretty spot on. (Photo by Kevin Winter/Getty Images for The Hollywood Reporter )

Lena Dunham When former Girls writer, Murray Miller was accused of assaulting a then-17 year old Aurora Perrineau , the show’s creators, Lena Dunham and Jenni Konner, both dismissed the allegations and accused Perrineau of lying. After major backlash, Dunham apologized, saying, “I never thought I would issue a statement publicly supporting someone accused of sexual assault, but I naively believed it was important to share my perspective on my friend’s situation as it had transpired behind the scenes over the last few months.” The star went on to apologize to any women she and Konner may have disappointed with their initial statement. (Photo by Mike Coppola/Getty Images)
United Airlines In April, after passenger David Dao was forcibly dragged off an United Airlines airplane, the embattled company issued what may actually be one of the worst attempts at an apology this year. CEO Oscar Munoz issued a statement on Twitter, not actually apologizing for the incident itself or even truly mentioning the assault of Dao onboard their plane. The statement read: “This is an upsetting event to all of us here at United. I apologize for having to re-accommodate these customers. Our team is moving with a sense of urgency to work with the authorities and conduct our own detailed review of what happened. We are also reaching out to this passenger to talk directly to him and further address and resolve this situation.” (Photo by Alex Wong/Getty Images)
Harvey Weinstein When accusations against power producer Harvey Weinstein first surfaced this year, it was a shock to many. With some of Hollywood’s biggest stars admitting that the producer either had or had tried to abuse them , the former giant released a statement of his own, essentially absolving himself from any wrongdoing and blaming the era that he grew up in, while saying he would go to rehab for what he described as a, “sex addition.” Weinstein’s “apology” is a letter-perfect example of how not to apologize. (Photo by Alexander Koerner/Getty Images)
Mario Batali Celebrity chef Mario Batali was fired from his daytime talk show, The Chew after being accused of sexual misconduct by various women over his career. When the allegations first surfaced, Batali made an excellent apology, saying, “That behavior was wrong and there are no excuses. I take full responsibility and am deeply sorry for any pain, humiliation or discomfort I have caused to my peers, employees, customers, friends and family.” Unfortunately, Batali couldn’t leave it at that, and decided to send a second apology along with a pizza dough cinnamon bun recipe that has angered fans. (Photo via Getty)
Louis C.K. On the surface of comedian Louis C.K.’s apology to the women he admits he performed sex acts in front of, it looks at first glance as if the funny man has the art of the apology down pat. Unfortunately, C.K. dodges actually apologizing, and instead turns the statement into a self-deprecating cry for help. He fully ignores how he tried to cover his tracks when confronted with previous allegations, and focuses on how famous and admired he is instead. Quartz did an amazing job editing C.K.’s apology for clarity, changing it from tone-deaf to on-point. (Photo via Getty)
Kevin Spacey When Star Trek: Discovery star Anthony Rapp came forward with allegations that Netflix star Kevin Spacey had attempted to assault him when he was only 14 years old, the former House of Cards star released a statement of defense, not only denying the allegations, but also using it as an opportunity to come out of the closet. The statement received a hefty dose of side-eye, especially by those in the LGBTQ+ community who called it “irresponsible and dangerous.” (Photo by Ian Gavan/Getty Images for WWF - UK)

Whats your take on 2017's apologies? Tell us on Twitter!

Whats your take on 2017's apologies? Tell us on Twitter!

Kat Armstrong
Kat has been a writer, social media maven and mom for longer than she's willing to admit. She's also spent time in front of and behind the camera, interviewing celebs, politicians and acting as a producer for fashion and artistic photography shoots. When she isn't writing for various orgs and publications, she's hanging with her kids, husband and French Bulldog, Peter, in Toronto, Canada.
Controversy
Current Events
Controversy new year
More From Current Events