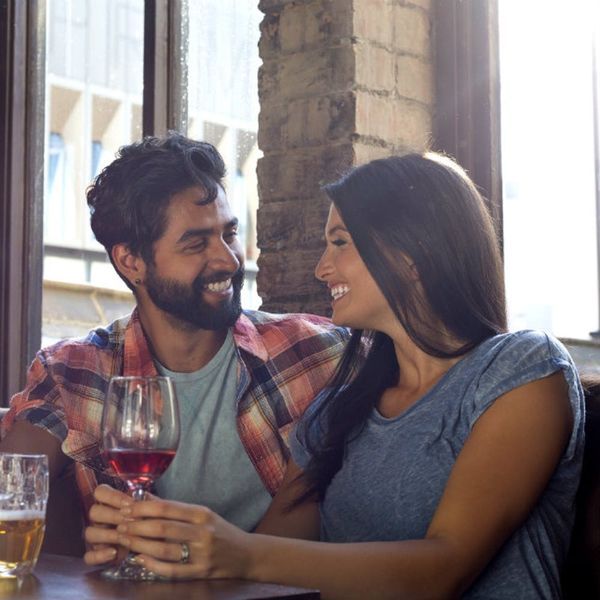 You pushed through the awkwardness of those first dating app messages to land face-to-face with someone you could really start to like IRL. The conversation has been good, and you’re feeling some majorly exciting sparks of chemistry. But the awkwardness isn’t over quite yet. The waiter drops the check for dinner on the table and suddenly you don’t know how to act. Should you casually start rifling through your purse to show that you’re willing to go Dutch? Rush to throw your credit card down to prove that you’re a self-made woman with cash to spare? Even the most idyllic of first dates can get seriously weird the minute the bill arrives.

Millennial expert Chelsea Krost, who now works with financial investing app Stash, says money should be discussed minimally (if at all) on a first date. “The first date should purely be about getting to know one another, not your finances,” she says. So most people shouldn’t make paying the bill a drawn-out affair.

As we know, though, there are exceptions to every rule. In this case, we need look no further than the first date scenario described above. “If [you’re] very adamant about paying for the first date or always splitting the bill within the relationship, then the money expectation should be established from the first date,” Krost says. “I think that’s a valid reason to discuss your money philosophy on a first date.” Although it seems risky to bring it up so soon, if you feel strongly about splitting the check a certain way, it’s best to be upfront about it.

Beyond the all-important first date, it should obviously become more and more natural to discuss the role that money plays in our lives with our crushes or partners. Krost emphasizes the importance of being transparent in financial conversations to ensure that you and your (potential) S.O. are on the same page.

“It never makes sense to me that we allow ourselves to get physically intimate in relationships, but shy away from discussing money,” Krost observes. “It is incredibly important to know that your partner has the same financial goals or mentality that you do. One of the biggest reasons for divorce is disagreement over money. If we can get comfortable talking about money early in relationships, the healthier those partnerships will be.” Great point.

For those of us who find talking about money uncomfortable even on the second, third, fourth, fifth, or sixth date, Krost has some advice. “I think that millennial women are a new generation of fierce females,” she says. “Many millennial women are taking ownership of their sexuality and feel limitless in their potential. I think that the women who still fear talking about money need to check-in with themselves and figure out why. Get to the root of what makes you uncomfortable in regards to discussing finances and challenge yourself to step outside your comfort zone.” Being more open about your money issues will help lessen any financial anxiety you might have, which is great whether you’re coupled up or single.

When do you start talking about money in a relationship? Tweet us @BritandCo!

Alli Hoff Kosik
Alli Hoff Kosik is a freelance writer who is passionate about reading, running, rainbow sprinkles, her lipstick collection, watching embarrassing reality TV, and drinking pink wine. She lives in Brooklyn with her husband and (in her dreams, at least) three golden retriever puppies. Listen to her talk books on The SSR Podcast.
Dating
Relationships
Dating money Relationship Advice
More From Relationships