Monica Lewinsky Has Done Her Share of Apologizing — Now, She Deserves One 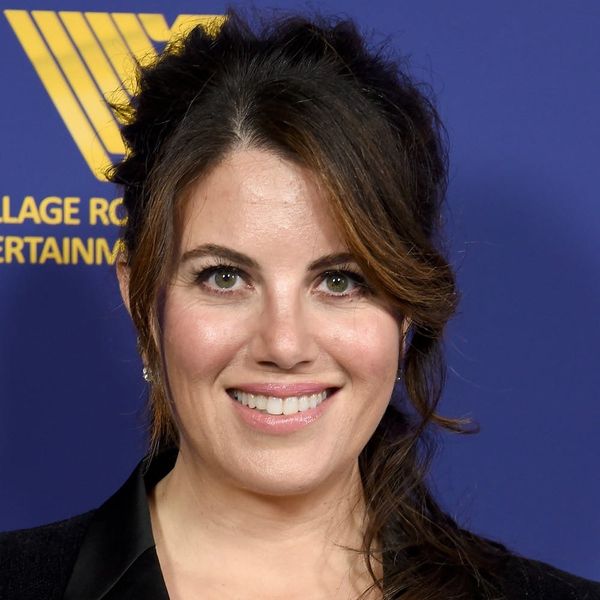 Since the #MeToo movement began to shine an even brighter spotlight on men in power in late 2017, now-infamous former White House intern Monica Lewinsky has re-entered the public eye to reflect on the 20th anniversary of the Kenneth Starr investigation, her affair with a sitting president, and the effects of the scandal on her life.

Lewinsky re-emerged into a greater public spotlight in March of this year, when Vanity Fair published an essay the now-45-year-old penned about her life following her days in Washington. In it, the author and activist admits that in the last two decades, she has done a lot of apologizing, questioning, and soul searching. And with a new documentary series airing on A&E this Sunday, Lewinsky has apologized once again for her actions.

“If I were to see Hillary Clinton in person today, I know that I would summon up whatever force I needed to again acknowledge to her — sincerely — how very sorry I am,” Lewinsky wrote for Vanity Fair ahead of the premiere of The Clinton Affair. But while Lewinsky continues to take personal responsibility for her actions, the Clintons have effectively absolved themselves of any wrongdoing against the former White House intern.

Back in June, President Clinton told NBC’s Craig Melvin that while he has apologized about the Lewinsky affair publicly, he doesn’t feel that he owes Lewinsky any personal apologies for his abuse of power and the havoc it wreaked on her fledgling career and reputation. “No, I do — I do not. I have never talked to her,” he said. “But I did say publicly on more than one occasion that I was sorry. That’s very different. The apology was public.”

And just a few weeks ago, in mid-October, during an appearance on CBS Sunday Morning, former Secretary of State Hillary Clinton contributed to the false notion that the affair between Lewinsky and President Bill Clinton was simply a case of two consenting adults making a mistake.

“She was an adult,” Clinton said during the televised interview, defending her husband’s decision not to resign his office during the scandal. And yes, while it’s true that Lewinsky was 22 at the time of the affair, and technically an adult, she was also an intern. President Clinton was her boss and, arguably, the most powerful man in the world. Ignoring the roles that power, wealth, age, and control have in workplace affairs does a great disservice to the younger, more vulnerable people involved in them.

Former Secretary of State Clinton has every right to stand by her husband — that choice is personal, and no one begrudges her for it — but as a self-described advocate for girls and women, her cognitive dissonance on the matter is disheartening. For many Clinton supporters revisiting the 1998 scandal through the wisdom of hindsight — and a post-#MeToo lens — the public’s treatment of the young Lewinsky is a shameful memory. It’s possible that nobody understands this better than Lewinsky herself.

“I believe that when we are trapped by our inability to evolve, by our inability to empathize humbly and painfully with others, then we remain victims ourselves,” she writes. “So, what feels more important to me than whether I am owed or deserving of a personal apology is my belief that Bill Clinton should want to apologize. I’m less disappointed by him, and more disappointed for him. He would be a better man for it … and we, in turn, a better society.”