Morning Buzz! Bruno Mars Is Bragging About His Hits + More! 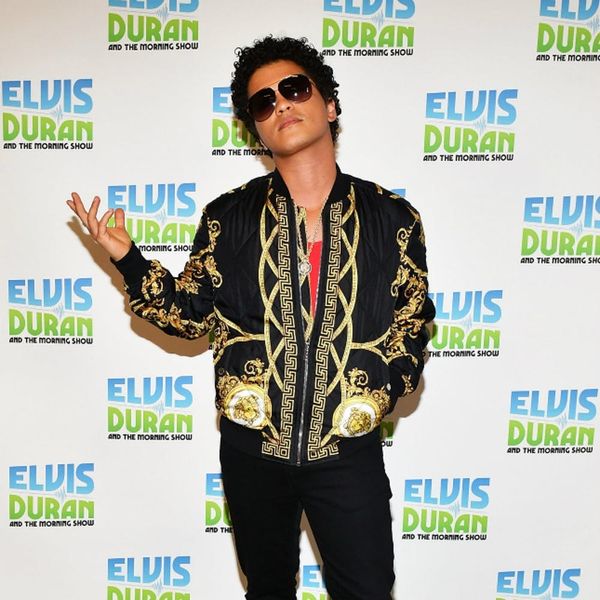 Bruno Mars thinks he’s just the best, and Hillary Clinton is taking a page from The Handmaid’s Tale in today’s top stories. Check these out and more below!

If no ones gonna say it, then I'm gonna say it! Hooligans we out here killin the charts! #1 Billboard Hot 100 #ThatsWhatILike #Charts 🍓 🍾💥💥

1. Bruno Mars’ “That’s What I Like” hits number one and he’s letting everyone know why. As of Monday, Bruno Mars’ That’s What I Like” is number one on so many charts that he had to take to Instagram to let people know that he’s the “#1 Stunna” and “The F*cking Best!” With a caption that reads, “If no one’s gonna say it, then I’m gonna say it!” We’re listening, Bruno.

2. Hillary Clinton is borrowing a popular phrase from the book The Handmaid’s Tale. If you’ve read the now-trending Margaret Atwood book that the Hulu show is based on, you’ll know that the Latin phrase “Nolite te bastardes carborundorum” plays a major part of the main character’s story. Its translation is “Don’t let the bastards grind you down,” and for her keynote speech at Planned Parenthood’s 100th anniversary on Tuesday night, Clinton paraphrased the book and author by saying, “To paraphrase Margaret Atwood, ‘We can never let them grind us down.” (Photo via Andrew Toth/Getty)

3. Alexis Ohanian’s HONY tribute to Serena Williams is #relationshipgoals. Everyone’s favorite Humans of New York photographer was allowed into the Met Gala Monday night to capture guests, and his snap of parents-to-be Alexis Ohanian and Serena Williams is pure love. In the post, Ohanian says, “Everyone sees her success as an athlete, but all of that is layered on the size of her heart. She gives 100% of herself to everything she does: as a friend, as a lover, and soon, as a mother.”

4. This student took her Harvard acceptance letter to prom when she didn’t have a date. It’s not all promposals for every graduating student, and after 17-year-old Priscilla Samey wasn’t asked, she decided along with her sister to take her Harvard admissions as her date. That’s one easy way to manage prom night.

Fyodor Pavlov-Andreevich has been arrested and put in prison after performing the 5th episode of his Foundling series at Met Gala in New York last night. He is now under criminal lawsuit. Thanks to all the people who are yet not to be named - dear friends and family- who are being of support through the performance and the further events #metgala #foundling @metgala2017 #fyodorpavlovandreevich #performance #performanceart

A post shared by Fyodor Pavlov-Andreevich (@fyodorpavlovandreevich) on May 2, 2017 at 7:45am PDT

5. There was an arrest at the Met Gala that no one saw. According to E! Online, Fyodor Pavlov-Andreevich was arrested during the arrivals at the Met for trying to make it through the crowd of celebrities completely naked, dragging across the carpet in a box. He uploaded the video to Vimeo, but when he refused to step out of the box, firefighters broke it open and he was arrested.

6. Quote of the day: “In the sweetness of friendship let there be laughter, and sharing of pleasures.” Khalil Gibran

Who was your prom date? Tell us @BritandCo!

Kat Armstrong
Kat has been a writer, social media maven and mom for longer than she's willing to admit. She's also spent time in front of and behind the camera, interviewing celebs, politicians and acting as a producer for fashion and artistic photography shoots. When she isn't writing for various orgs and publications, she's hanging with her kids, husband and French Bulldog, Peter, in Toronto, Canada.
Morning Buzz
Celebrity News
Morning Buzz