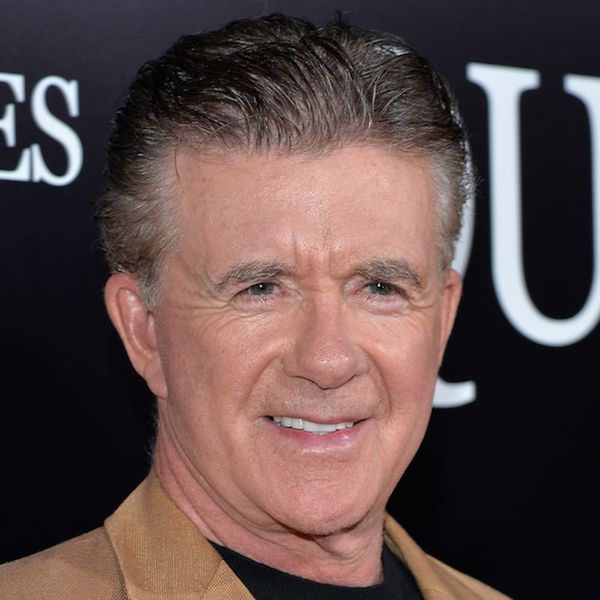 Tributes and fond memories of the Growing Pains actor are pouring in on social media. Check it out and read more of this morning’s top news stories below.

1. Alan Thicke, best known for his role on Growing Pains, died yesterday at the age of 69 after suffering a heart attack while playing hockey with his 19-year-old son Carter. “America loved Alan Thicke. I’m so sad he’s gone,” tweeted Ellen, echoing the sentiment of so many of Alan’s Hollywood peers. Candace Cameron Bure, who starred with Alan in the new season of Fuller House, shared a heartbreaking tribute. “I’m sad beyond words that Alan Thicke has passed away. I’ve known you since I was 8 years old and so glad I had the pleasure of working with you again so recently on Fuller House. You were a part of my family and hockey family. You will be greatly missed. ❤️ My heart hurts.” Only good memories of a kind and happy man are flooding the internet. Condolences to the Thicke family.

2. The Voice has crowned a winner! Country crooner Sundance Head closed out season 11 of the Voice with a win, celebrating by singing his original single “Darlin’ Don’t Go.” This is also a fifth win for Blake Shelton, making him the show’s top mentor. Congrats, Sundance!

3. This is why Kanye met with Donald Trump. Twitter lost its collective mind yesterday when Kanye was seen strolling into Trump Tower and then posed for a quick interview and photos with President-Elect Donald Trump. Kanye cleared the air himself when he took to Twitter for the first time since October, saying that he “wanted to meet with Trump today to discuss multicultural issues. These issues included bullying, supporting teachers, modernizing curriculums, and violence in Chicago,” he said. “I feel it is important to have a direct line of communication with our future President if we truly want change.” And then he finished his string of tweets with a reminder that he plans to run for president, although he’s changed his initial timeframe of 2020 to #2024.

4. Whoa: Blac Chyna just debuted a BOLD new ‘do. Chyna took to Instagram to post a few videos and pics of her platinum blonde dreadlocks, styled half-down with the rest in a top knot. This look really suits her!

5. OMG, Snapchat just added a GAME-CHANGER of a feature. Finally! Snapchat has answered our calls and has added groups to the app, meaning you can send your Snaps and chat with up to 16 friends at once. No more selectively trying to find all the right people to send your vids when you’ve had a few too many at the office party. YAAAS! (Photo via Carl Court/Getty)

6. Quote of the day: “For anyone commenting that a kiss on the lips with my four year old is ‘inappropriate’ go ahead and click a quick unfollow with your warped minds and judgment.” Hillary Duff posted a short and sweet response to critics who said kissing her four-year-old song on the lips was inappropriate.

Do you think people overreacted to Hillary’s picture? Let us know on Twitter at @BritandCo!