Morning Buzz! Here’s Why Kim Kardashian-West Is Getting Mom-Shamed on Social Media + More 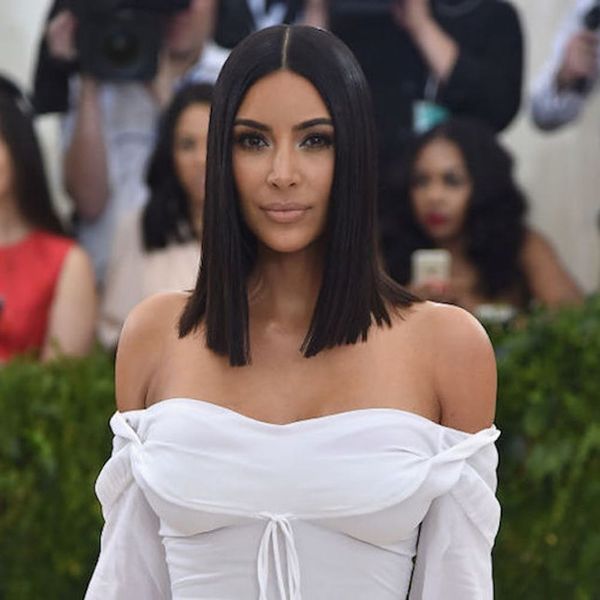 Kim Kardashian is getting criticized and Serena Williams is clapping back in this morning’s top news stories. Check those out and more out below in the Tuesday Morning Buzz!

1. The mom-shamers are out in full force against Kim Kardashian. Over the weekend, Kim Kardashian posted an (adorbs, FYI) pic of 18-month-old son Saint West in his car seat, but it didn’t take long for the comments to turn judgey, with followers up in arms that the tyke’s car seat wasn’t rear-facing. Others came to her defense, pointing out that the model of car seat may not be meant to be rear-facing, or that Saint may be at the height and weight requirements for turning it around. The comments are still pouring in, although Kardashian doesn’t seem too worried, leaving the photo up and ignoring the hate. (Photo via Theo Wargo/Getty)

2. Serena Williams claps back at sexist comments made by another tennis legend. In a recent interview with NPR, retired tennis pro John McEnroe said that Serena Williams was the “best female player ever.” He then went on to suggest that she wouldn’t rank so high if she’d played against men, adding, “If she played the men’s circuit, she’d be like 700 in the world.” Excuse us? Williams, always a class act, tweeted that while she adores and respects the athlete, she’d prefer he “please, please keep me out of your statements that are not factually based.” She continued, “I’ve never played anyone ranked ‘there’ nor do I have time. Respect me and my privacy as I’m trying to have a baby. Good day sir.” Credit to NPR’s Lulu Garcia-Navarro for being as skeptical as we are that McEnroe could beat Williams in a match, tho. (Photo via Neilson Barnard/Getty)

3. The Flash star Danielle Panabaker and Hayes Robbins are married! On Saturday, Panabaker and the entertainment lawyer tied the knot in what a source tells ET was a small, intimate ceremony complete with “dancing, drinks, and lots of donuts.” Robbins captioned a gorgeous photo of herself — looking BEAUTIFUL in her Monique Lhuillier gown and veil — and her groom as the “happiest day of my life.” Congrats to the happy couple! (h/t ET)

Years ago, I took a CPR course thru the Red Cross. And holy shit, I ended up saving my nephew's life because I knew what to do! True story! Yesterday I took a refresher course -- focusing on infant and toddler CPR. It takes only a few hours and it's also kinda, sorta fun. Thank you to Dan from Viva First Aid for the lesson. And thank you to these two helpful yet lifeless dolls whose vacant ocular cavities will haunt me until end times.

4. Ryan Reynolds reveals he once saved his nephew’s life with CPR. Reynolds and wife Blake Lively both took to Instagram to share that they were taking infant and toddler CPR classes, urging their followers to do the same. “Years ago, I took a CPR course thru the Red Cross,” Reynolds wrote. “And holy sh*t, I ended up saving my nephew’s life, because I knew what to do! True story!” Lively chimed in to say that learning the skill is “so helpful by giving you knowledge, tools, and some peace of mind,” which seems hard to come by at times as a parent, so every little bit helps!

5.Taylor Swift’s squad has an unlikely new member in NBA player Russell Westbrook. Swift, who’s been laying low, made a rare appearance (via a pre-taped video message, but still) at the NBA awards last night, sending her congrats to the Oklahoma City Thunder point guard for winning the MVP award. “I was the one who taught you to play basketball,” Swift joked in the video. “I remember the first time you beat me at basketball. I was very upset, and you said… ‘You just have to shake it off.'” She went on to admit that though the two have never met, the respect is very real.

6. Quote of the day: “The pro of this new chapter is that when you’re not comfortable, you’re growing.” Shay Mitchell on embracing the unknown post-Pretty Little Liars (the finale airs tonight!), reminding us all that it’s good to get out of our comfort zone sometimes. (h/t Us Weekly)

How do you push yourself outside of your comfort zone? Tell us over @BritandCo!