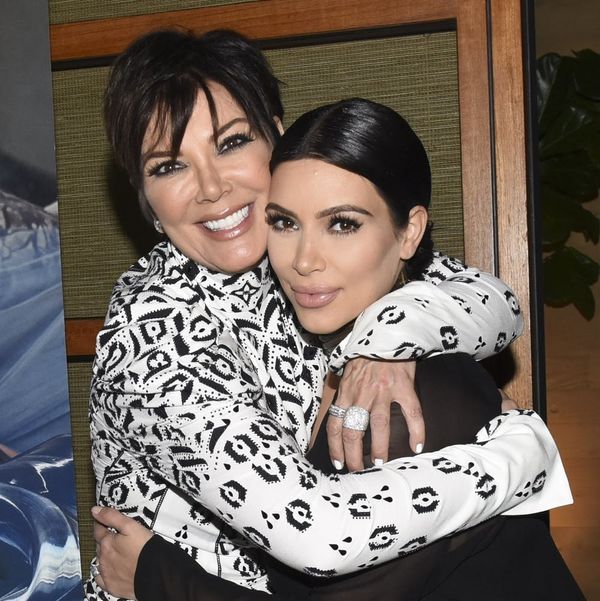 From a heartfelt message about family to some sad news in the world of one of our fave couples, check out six of today’s top news items below.

1. It’s been just a little over a week since Kim’s traumatizing armed robbery in Paris, and while the majority of the family has so far remained mum on the ordeal, the KarJenner matriarch has broken her silence to share a few words on the importance of family. “Every morning is a reminder of how blessed we are,” Kris shared without mentioning Kim or the incident directly. “Today I am grateful for my family, who I love more than words can explain. Count your blessings, be grateful always, and cherish every moment you spend with your loved ones.” Couldn’t have put it better ourselves.

This is a night for us all to be thankful for what you have done for us! You have affected so many of our lives in the best way possible. Tonight we celebrate you! @badgalriri

2. Love is officially dead: Drake and Rihanna have reportedly broken up again. After hanging (and making public declarations of love) nonstop all summer, the on-again-off-again Drake and Ri are currently off again and are seeing other people, according to E! News. “They are not exclusive anymore,” the source says. “They still love each other, but their schedules have gotten in the way.” Drake is said to be hooking up with model India Love, and meanwhile Rihanna is out here throwing shade at her exes on Instagram, which we do not hate. Unless she also means Drake. Because their love is real and we know it.

I'm twirling and delighting in our first #SJPLBD offering. TITLE is now available online at Bloomingdales.com and in-store at @bloomingdales 59th Street. Just a small taste of the full #SJPLBD collection to come next spring. Shop away and please share if you take her out for your own spin. We patiently await images. X, Sj

3. Sarah Jessica Parker just released the first of her LBD line and it is Carrie Bradshaw levels of perfect. You might have to wait until spring for SJP’s full line of little black dresses, but the first one, called Title, is available at Bloomingdales now so you can stock up before holiday party season arrives. We can’t WAIT to see the rest of these.

4. Shia LaBeouf got married in Vegas and livestreamed it all on TMZ. Because of course he did. Last night, Shia and longtime girlfriend Mia Goth got hitched by Elvis at a Las Vegas Chapel and livestreamed the whole thing online. It looked like they had the time of their lives. What a time to be alive!

5. Snapchat is doing away with one of its most annoying features — the story autoplay. We’ve ALL been there — just trying to see what the Kardashians are up to on Snapchat and the next thing you know you’re watching someone whose story you very much do NOT want to be watching all up in your feed. But in its newest update, Snapchat is doing away with stories auto-advancing and will also be placing Discover content further down on the Stories page, according to Mashable. (Photo via Carl Court/Getty)

6. Quote of the day: “Coming out isn’t the end of all your troubles. It’s the beginning of new and better ones.” Dan Savage has some wise words on #NationalComingOutDay.

Are you glad Snapchat is getting rid of Stories autoplay? Let us know over @BritandCo.