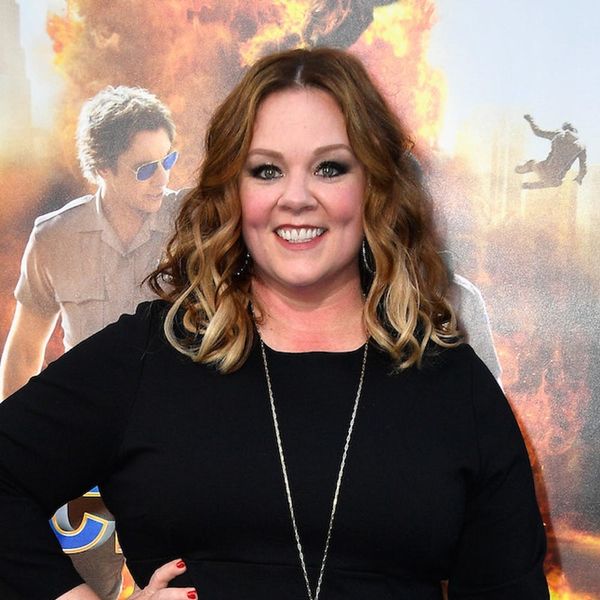 Sookie and Michel have a serendipitous reunion and Harry Styles is revealing all in this morning’s top news stories. Check out those and more below in the Wednesday Morning Buzz!

I love when this happens! By coincidence, we both booked @melissamccarthy a vacation at the same time in Greece! #magicaltiming #bestvacations

1. How’s this for some Gilmore Girls magic? Melissa McCarthy and Yanic Truesdale — AKA Gilmore Girls‘ lovingly bickering Sookie St. James and Michel Gerard — happened to bump into each other while on vacation in Greece recently. “By coincidence, we both booked a vacation at the same time in Greece!” Truesdale wrote on Instagram alongside a pic of the costars smiling, swimming, and basking in the sunshine together. It currently remains unknown whether new GG episodes will happen, but we’re taking this serendipitous meeting as a sign that they must. (h/t People)

lining up a shot today from my director's monitor

2. Fans are freaking out over what might be the first look at Donald Glover as Young Lando Calrissian. Ron Howard took over directing the upcoming Han Solo Star Wars movie last month, and his latest sneak peek has gotten fans pretty excited. On Instagram, Howard shared a photo of a monitor that shows what many think is Glover as Lando in the Millennium Falcon cockpit. “I hope they make 11 movies with Donald Glover as Lando,” twitter user @JohnBierly wrote. “One of the best young actors of his generation. In a swank yellow spacesuit. As Lando. We are blessed.” Agree! (h/t THR)

3. Harry Styles told Chelsea Handler everything she never knew she wanted to know about his four nipples. As Styles works the press circuit for his new movie Dunkirk, he sat down with Handler for a hilarious interview that confirmed a long-running rumor: He indeed has four nipples. “There’s a rumor on the internet that you have four nipples,” Handler said. Styles, who was told he could only answer questions with one word, simply said, “Correct.” Styles then pointed to his chest and said, “usual,” then, “lower,” pointing to just below his pecs. Well, that clears that up! (h/t Elle)

People were shook when fan fave Dean was sent home on The Bachelorette this week, even if it was made easier by the news that he’d be joining Bachelor in Paradise. Lindsay shared her thoughts on Dean’s departure in a blog for People, admitting it was a difficult decision that left her in tears. “I cried on the entire flight to Dallas, and I cried all day leading up to [the rose ceremony],” she wrote for People. “But when my tears dried I realized that, while I do feel a love for Dean, I’m just not sure he’s in a place in his life where he’s ready to settle down and start a family in the near future.” UGH. Too real. Too sad. Here’s hoping Dean gets another shot at love in Paradise. (h/t People, photo via Michael Kovac/Getty)
Nicole Villeneuve
Nicole is an entertainment and lifestyle writer covering pop culture, news, and cool women doing cool things. She likes yard sales, MTV's Teen Mom, and putting too many memes in the group chat. She lives in Toronto.
Celebrity News
More From Celebrity News