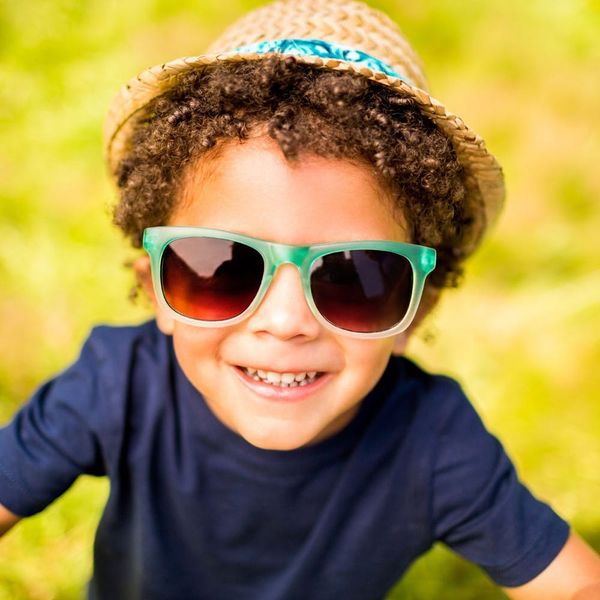 Celebrities are just one part of the mystery of why some baby names become trendy — they have the star power to turn outmoded or unique baby names into contemporary hits. Many of the baby names in the Top 100 have Hollywood roots. From Ava to Violet and Jayden to Wyatt, once-bizarre names like Hazel and Huckleberry have come to seem normal after celebrities chose them. Which new celebrity baby names will have the most influence on the name trends of tomorrow? Scroll on for our choices for the newest trendy baby names.

1. Edith: Celebrities can transform vintage baby names from dusty to stylish in a single birth announcement. Think of Bruce Willis’ Mabel or Selma Blair’s Arthur. We predict that Cate Blanchett’s new daughter Edith, adopted in 2015, will be the newest antique revival name. Cate and husband Andrew Upton are also parents to sons Dashiell, Roman and Ignatius. Another reason to think Edith will accelerate? Built-in star-worthy nickname Edie, chosen by Keira Knightley for her daughter in 2015.

2. Elsie: First came gently old-fashioned nickname-name Sadie, then Hattie and now there’s Zooey Deschanel’s daughter, Elsie Otter. Elsie, once fit only for cows, now ranks Number 366 in the US and is bound to move higher, especially given the newfound popularity of mother name Elsa.

3. Frances: It’s starting to feel as if every other celebrity is naming their daughter Frances, most recently chosen by Morena Baccarin and Ben McKenzie. Jimmy Fallon, Amanda Peet and David Benioff and Noah Wyle are also all parents of girls named Frances, while Jason Bateman has a Francesca and Drew Barrymore a little girl named Frankie — along with Franny, the preferred short form of Frances.

4. James: After weeks of speculation, Ryan Reynolds and Blake Lively revealed that they’d named their daughter James. And no fewer than eight celebrities have given their little girls James as a middle name, from Jennifer Love Hewitt to Eddie Vedder to Sean “Puffy” Combs.

5. Max: Eyebrows raised when Jessica Simpson chose family name Maxwell Drew for a daughter in 2012. But now Facebook entrepreneur Mark Zuckerberg and wife Priscilla Chan have named their daughter Maxima, nicknamed Max. While there are eight Max-related baby names for boys in the Top 1000, other Max- names for girls include retro Maxine and elegant Maximilienne, all underused — for now.

6. Bowie: Even before the world learned of David Bowie’s death earlier this year, the rock icon’s surname was catching on with stylish parents. Designer Rebecca Minkoff chose the name for a daughter in 2014, and Zoe Saldana’s twin sons, Cy and Bowie, arrived later that year. Another rising choice, in Hollywood and elsewhere, is the similar-sounding, spiritual Bodhi.

7. Tennessee: Reese Witherspoon honored her Southern roots when she named her son Tennessee in 2012. Country singer Eric Church gave the name to his son last year. Do we really think Tennessee will rise to the top of the pop charts? No, but it’s opened the door for parents to explore other meaningful, if unconventional, place names for their babies.

8. Knox: Knox’s twin sister, Vivienne, made our original list. But it is Scottish surname Knox that has surprised, going from unranked in the year before the youngest Jolie-Pitt son’s birth to Number 286 in the last year counted.

9. Silas: Silas was a stylish choice before Justin Timberlake and Jessica Biel gave it to their son last year, but the celebrity endorsement just may vault it into the Top 10, along with other Biblical names for boys such as Noah, (the current Number 1), Jacob and Ethan.

10. Bear: This name from the animal kingdom was a surprise when Alicia Silverstone chose it for her son, Bear Blu, in 2011. Then came Kate Winslet’s Bear Blaze in 2013. It’s also been heard in the middle spot – Jamie Oliver has Buddy Bear Maurice and Anthony Kiedis is the father of Everly Bear. The name jumped in use in 2014, and could soon be the latest once-outlandish Hollywood baby name to cross over into the mainstream.

11. Reign: Grandiose baby names are having a moment, from Messiah to Chosen to Saint. But Reign is the most trendsetting of the celebrity baby name class, chosen by Kourtney Kardashian for Mason and Penelope’s brother, and by Lil’ Kim for her daughter’s middle, Royal Reign.

12. River: Speaking of gender-neutral names, River has appeared on birth announcements for celebrity babies of both genders. Keri Russell’s 2007 son River helped push the name into wider use for boys. Now Kelly Clarkson’s 2014 daughter River Rose has done the same for girls.

Which celebrity baby names do you think will prove most popular in the coming years? Tweet us @BritandCo and let us know!