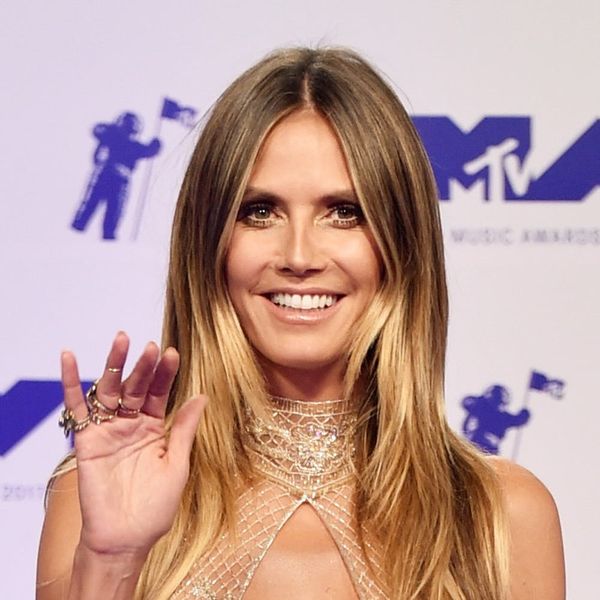 Love or hate it, the naked look isn’t going away anytime soon. While the 2017 MTV VMAs carpet certainly had its fair share of pretty (we’re looking at you, Lorde and Kesha!), it was overwhelmingly taken over by one very prominent trend: all sheer everything. Also seen at last year’s AMAs, nearly every single starlet had some element of see-through going on in their ensemble. Several celebs, however, took things next level, going head to head for the night’s most naked look. See who took home the gold below!

Bronze: Demi Lovato: The “Sorry Not Sorry” songstress had jaws on the floor with her choice to don her sheer lace Zuhair Murad look sans undergarments — that’s some mighty strategic stitching, Demi! She covered up on bottom however with a pair of sequined harem pants that kept her from taking home the “most naked” title.

Silver: Hailey Baldwin: Zuhair Murad was also responsible for the 20-year-old model’s head-turning getup, which gave us a glimpse of her nude underthings in between silvery peeks of flesh. Yet as naked as this look was, there was one celeb who had her beat…

Gold: Heidi Klum: And the winner is… Heidi Klum! The America’s Got Talent judge was a shoe-in for the gold in her barely there Dundas gown with its super low halter neckline, fishnet elements, and a delicate embroidered overlay. She finished her look (or lack thereof!) off with Lorraine Schwartz jewels and a pair of Giuseppe Zanotti heels. Forty-four, schmorty-four!

Who do you think had the most naked look? Share @BritandCo.

Nicole Briese
Nicole is the weekend editor for Brit + Co who loves bringing you all the latest buzz. When she's not busy typing away into the wee hours, you can usually find her canoodling with her fur babies, rooting around in a bookstore, or rocking out at a concert of some sort (Guns N' Roses forever!). Check out all her latest musings and past work at nicolebjean.com.
Celebrity Style
Celebrity News
Celebrity Style