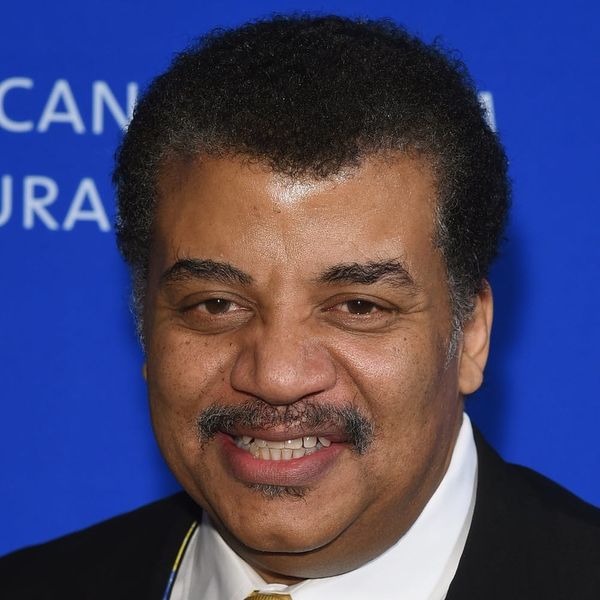 Science is a wonderful thing, full of fascinating phenomena that one can get excited about at just about any age. Admittedly, its more complex concepts can sometimes be confusing, which is why we LOVED having Cosmos: A Spacetime Odyssey around to break it all down for us. If you’ve been feeling the absence of host Neil deGrasse Tyson, coolest astrophysicist around, since the FOX hit went off the air back in 2014, we’ve got news, and big news at that: It’s coming BACK — again.

Based on the 1980s hit TV series Cosmos: A Personal Voyage forCosmos: A Spacetime Odyssey as hosted by Carl Sagan, the 2014 series saw Tyson teaming up with Family Guy creator Seth MacFarlane to breathe new life into the original to take viewers on a 60-minute journey “across the universe,” complete with quirky special effects, a nice dose of humor, and some very special guests, including the one and only Barack Obama.

Yup. We got the band back together. Another season of Cosmos is officially real. “COSMOS: Possible Worlds” To air on @FOXTV & @NatGeoChannel in a year — Spring 2019. Be there. pic.twitter.com/OjvatE7GlK

Now, four years later, a second season of the Emmy-winning series is officially in the works. Tyson, 59, announced the news himself over on Twitter, teasing, “Yup. We got the band back together. Another season of Cosmos is officially real. COSMOS: Possible Worlds To air on @FOXTV and @NatGeoChannel in a year — spring 2019. Be there.” Hey, you don’t have to tell us twice!

FOX also released its own teaser or, rather, what it’s calling a “possible teaser,” which only lasts 20 seconds, but is jussstttt long enough to leave you wanting more, as you catch a glimpse of Tyson riding on a seriously cool spaceship through a super brightly colored cosmos.

BRB, going to binge all 13 episodes of Season 1!

Will you be watching Cosmos when it premieres next year? Tweet us @BritandCo.

Barbara Pavone
Barbara Pavone is a pop culture-obsessed writer based in beautiful (but ridiculously cold) Montreal, Canada. When she's not working, she's sipping on a Pimm's Cup and daydreaming about her celebrity hero, Saint West.
science
TV
science TV
More From TV