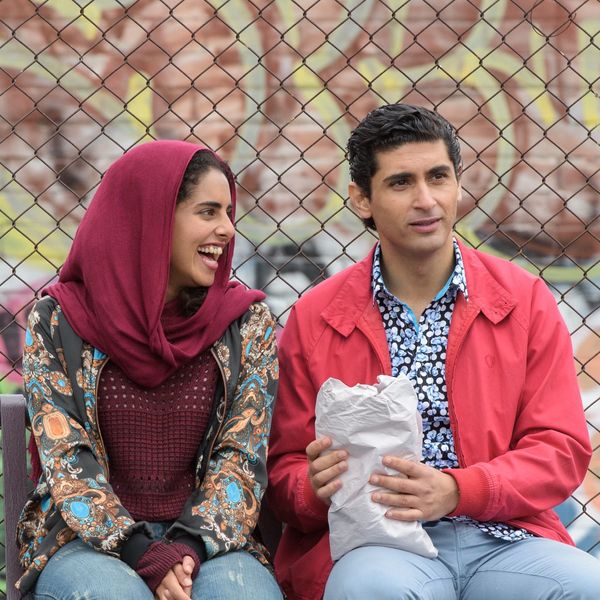 You don't need a date to have the perfect Valentine's Day. All you need is a box of chocolates, a pink cocktail, and one of these super-romantic Netflix originals. Whether you're in the mood for a feel-good rom-com or a heartfelt drama, there's something for everyone. Ready to fall in love? (Photos via Ben Timony/Matchbox Pictures/Netflix + KC Baily/Netflix + Netflix + Kerry Brown/Netflix)

To All the Boys I've Loved Before: What can we say that hasn't already been said about this charming teen rom-com? There are a lot of reasons to watch, but Lana Condor and Noah Centineo are at the top of the list. Oh, and did we mention it was directed by a woman, Susan Johnson, and is based on a book by a different woman, Jenny Han? The third and final installment of the trilogy is streaming now! (Photo via Netflix)

Set It Up: If you're looking for a classic rom-com, look no further than Set It Up. It features several go-to tropes of the genre — some meet-cutes, two people who appear not to get along at first, a scheme that brings them closer together — but somehow it still feels fresh. Plus, Zoey Deutch and Glen Powell are adorable together, and there's a stellar supporting cast including Taye Diggs, Lucy Liu, and Tituss Burgess. (Photo via KC Baily/Netflix)

Ali's Wedding: Don't sleep on this under-the-radar gem about a young man who's torn between a sense of duty to his Muslim family — who have arranged a marriage for him with a member of their community — and his love for a woman he meets while studying at the University of Melbourne. The film is based on the real-life experiences of its leading man, Osamah Sami, and it's everything a rom-com should be: funny, relatable, and bursting with heart. (Photo via Ben Timony/Matchbox Pictures/Netflix)

Our Souls at Night: Robert Redford and Jane Fonda earned raves for this quiet, understated drama about two neighbors — a widower and a widow — who become friends, and then more, after bonding over their shared sense of loss and loneliness. (Photo via Kerry Brown/Netflix)

Santa Clarita Diet: Okay, hear us out. Yes, Santa Clarita Diet is a zombie show — and a pretty bloody one, at that — but it's also a show about a husband and wife, Joel (Timothy Olyphant) and Sheila (Drew Barrymore), whose marriage is put to the ultimate test. If staying with your significant other after they become a member of the undead isn't true love, what is? (Photo via Saeed Adyani/Netflix)

Private Life: This one's a heartbreaker, but it shows that romance isn't just loving each other through the good times. Paul Giamatti and Kathryn Hahn play a couple who desperately want a child but have had their hopes dashed at every turn. The pain of infertility takes an inevitable toll on their marriage, but their commitment to each other and to their dream of having a family ultimately prevails. (Photo via JoJo Whilden/Netflix)

Alex Strangelove: This sweet coming-of-age/coming-out film revolves around a young man, Alex Truelove, who begins to question his sexuality, and his relationship with his girlfriend, when he finds himself attracted to a guy he meets at a party. Ultimately, it's a movie with multiple love stories — romantic love, platonic love, and most importantly, self-love. (Photo via Walter Thomson/Netflix)

A Christmas Prince: Who says you can only watch Christmas movies at Christmas? As far as we're concerned, this famously cheesy holiday rom-com — about a journalist who goes undercover as a royal tutor to dig up dirt on Aldovia's soon-to-be king, only to fall in love with him instead — is good all year round. 'Tis the season for love, always. (Photo via Netflix)

Are you having a Valentine's movie marathon? Tell us what you're watching @BritandCo!