14 Must-Read Books for May 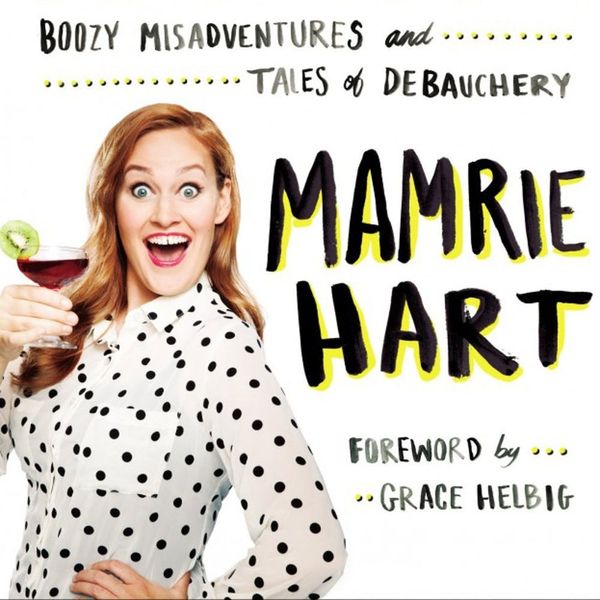 Being transported to another world is one of our favorite luxuries of cracking open a new book. These 14 incredible reads on our radar are so rich with description and imaginative characters, you’ll truly forget everything going on in your own life… at least for a little while! From the tumultuous anarchist scene in New York City in the ’90s to St. Louis in disarray after the assassination of Martin Luther King Jr. to futuristic India, these novels have gumption. Scroll on for all the books we can’t stop talking about.

1. Re Jane by Patricia Park ($21): Jane, who is half Korean and half American, wants to get as far away from her Queens, New York life as possible. She’s expected to be respectful and quiet, and she’s sick of it. To escape, she starts working as a nanny in Brooklyn for two married professors who have an adopted Chinese daughter. After Jane has an affair with the husband, she flees to Korea to live with family relatives, embarking on a journey of self-discovery. (out May 5)

2. Saint Anything by Sarah Dessen ($13): We’ve been counting down the days until we can get our hands on the next Sarah Dessen novel. Sydney’s brother Peyton gets all the attention in her family, even though he screws up over and over again. When he lands himself in jail, Sydney finally has her parents’ full attention at home, only now she’s starting to question everything. (out May 5)

3. Leave Your Mark by Aliza Licht ($20): Whether you’re just starting out in your career or you want to step up your game, this book was made for you. DKNY and social media powerhouse Aliza Licht share tips on landing a job you love, rising through the ranks of your profession and gaining a social media following. This book also includes invaluable advice from other people who are killing it at work. (out May 5)

4. You Deserve A Drink by Mamrie Hart ($13): Mamrie Hart has cultivated a massive YouTube following by sharing her favorite cocktail recipes… and hilarious drunk stories. Now she’s coming out with a book based on the same idea. Reading this book feels like talking with your best friend over eggs and mimosas, trying to piece together what happened the night before. (out May 26)

5. 5 to 1 by Holly Bodger ($13): We love the girl-power plot behind this futuristic novel. It’s set in India in the year 2054, where women are running things. There are five men to every one woman, so guys must take a test to win a wife. The book follows Sudasa, who has no interest in becoming a wife, along with Kiran, the young man competing to “win” her, even though he isn’t sure he wants to get married. (out May 12)

6. The Fangirl’s Guide to the Galaxy by Sam Maggs ($12): Whether you can’t stop talking about the Star Wars movies, love cosplay or spend your weekends at your local comic book store, there are more girl geeks than ever. Now lady geeks everywhere have a witty handbook full of tips on how to connect with people who share your niche interests, take down Internet trolls, attend your first Comic Con and way more. Read it cover to cover, and then make sure you share it with all the young girl geeks you know. (out May 12)

7. A Tale of Two Besties by Sophia Rossi ($13): Relive the afternoons of your teen years spent reading Sweet Valley High books with this new YA book written by Hello Giggles co-founder Sophia Rossi. Inspired by Sophia’s IRL friendship with fellow Hello Giggler Zooey Deschanel, the story is about two teens who are sent to different high schools, which puts a strain on their friendship. Our girl LC gave it her stamp of approval, so we’re ready to devour it. (out May 12)

8. The Sunshine Crust Baking Factory by Stacy Wakefield ($16): This novel is for all the kickass girls out there. Sid moves to New York City in 1995 eager to join the anarchist squatting movement. She’s ready to take on the man, but it turns out the East Village buildings are already full of eager anarchists, and there’s no room for her. Undeterred, she moves to Brooklyn and gives a voyeuristic account of an underground movement. (out May 5)

9. Galgorithm by Aaron Karo ($13): Aaron Karo cut his teeth as a comedian touring college campuses. Now he’s trying his hand at writing a chick lit book, but from a dude’s perspective. The novel is about a high school senior named Shane who gets his heart broken by his dream girl. He comes up with a “galgorithm,” which transforms him into a dating guru. It’s a fun, lighthearted read that just might make you sympathize with the opposite sex a little bit more. (out May 5)

10. Early Warning by Jane Smiley ($18): Literary favorite Jane Smiley is back with a new novel, the second in her trilogy that started with Some Luck. Set in the 1950s, the book follows a family whose farm is their livelihood. When the patriarch dies, they’re left wondering what to do next. Of the five kids, only one wants to stay on the farm. The others have their sights set on cities far from their rural hometown. The book asks ambitious questions, like what it means to be family, and how deep obligations to loved ones run. (out May 1)

11. Love Maps by Eliza Factor ($13): Love Maps is set in New York City in the 1980s and follows an artist named Eliza, who is creating a painting based on the New York City subway system. Instead of tracking the train lines, her love maps track peoples’ romantic sparks, and their breakups. While she’s working on this massive love project, a hot guy comes between her and her sister, complicating her thoughts even more. Drama, drama, drama. (out May 5)

12. The Ladies of Managua by Eleni N. Gage ($20): Set in Nicaragua, this novel is about three generations of women who are brought together at a funeral. Each woman comes with her own complex issues, which are slowly unpacked as the story goes on. It isn’t easy to be a woman in Nicaragua, where the effects of the revolution are still being felt. When they are brought together, they’re forced to reveal secrets about the past they’ve worked hard to keep hidden for so long. (out May 5)

13. Only The Strong by Jabari Asim ($11): Set in St. Louis in the 1970s, this novel tells three separate stories, which inevitably become intertwined. All the stories focus on St. Louis’s decline after Martin Luther King Jr.’s assassination. The backdrop may be grim, but the characters are rich, and you’ll become immersed in their heartbreaking narratives. (out May 12)

14. Pieces Of My Mother by Melissa Cistaro ($19): This mother-daughter memoir asks whether children are destined to make the same mistakes as their parents. Now a mother herself, Melissa hunts for answers for why her own mother abandoned her and her brothers when she was a young child. When she stumbles across a box of letters her mother wrote her but never sent, she learns more than she ever could have expected. (out May 5)

Which book are you most excited to read? Tell us in the comments.