3 New Witchy Novels to Get You into the Halloween Spirit 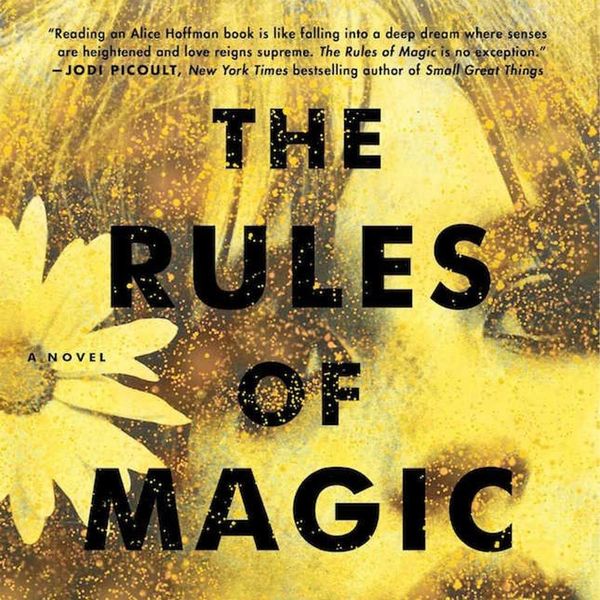 Halloween is just around the corner, and we’ve just survived an October Friday the 13. Spooky! October is for witches, ghosts, and the unexplained. It’s for fog and lightning and the feeling that anything can happen. Readers who’ve had your costumes on since 12:01am on October 1, this week’s book club is for you; filled with the supernatural and scary, these new novels are guaranteed to get your pulse — and your imagination — racing.

If Hoffman’s name sounds familiar, it’s because she’s the author of one of the most popular witchcraft novels of all time; Practical Magic was a smash hit, leaving readers spellbound with the powers of the Owens sisters and spawning a movie starring Sandra Bullock and Nicole Kidman. In the original, sisters Sally and Gillian must ramp up their powers to try to prevent a curse that causes any man in their lives to meet a disastrous fate. They’re aided by magical grand dames Aunt Franny and Aunt Jet. Now, more than 20 years later, Hoffman’s back with another Owens tale, this one a prequel about Fanny and Jet (short for Bridget) coming of age in 1960s New York.

What if most, or even all, women had the power of witchcraft? How would the world change? Alderman’s novel, written as a history book from thousands of years in the future, posits a world ruled by women for centuries after a latent power awakens. Seemingly at random, teenage girls from all over the world can suddenly transmit electricity through their fingertips. The shocks they can give range from the mild to the fatal. “Something’s happening. The blood is pounding in her ears. A prickling feeling is spreading along her back, over her shoulders, along her collarbone. It’s saying: you can do it. It’s saying: you’re strong.”

Many of the fears that originate in childhood stay with us for our entire lives, and they can be some of the creepiest. When seven-year-old Jamie takes a tumble down a hill, the anxieties he carries in the real world are magnified and distorted, and he finds himself in a terrifying nightmare version of reality. All of childhood’s monsters are there, and in particular, one of Jamie’s own creation, the titular Lairdbalor.
Ilana Lucas
Ilana is an English professor, theatre consultant and playwright based in Toronto, Canada. When she’s not at the theatre or insisting that literary criticism can be fun, she’s singing a cappella or Mozart, occasionally harmonizing with the symphony, or playing “Under Pressure” with her rock handbell group, Pavlov’s Dogs.
Book Club
Creativity
Book Club Books