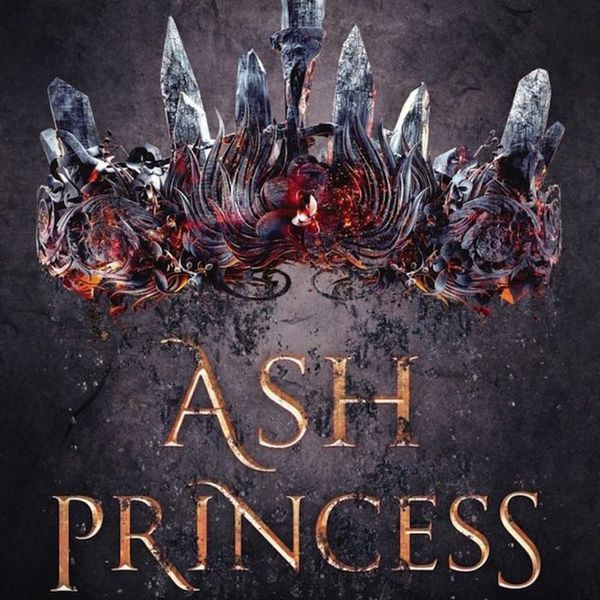 You want action and adventure? Forget Avengers: Infinity War. Okay, maybe don’t forget Infinity War, but you might want to read these books when you get home from the movies. This week’s book club features all-new YA lit starring badass female heroines, ready to inspire your imagination and dazzle your warrior heart. Who knows, maybe we’ll see them on the big screen sometime soon. They might be perfect for the young reader in your life, but they’re not just for kids!

“The last person who called me by my true name was my mother, with her dying breath. When I was six years old, my hand was still small enough that hers covered it completely. She squeezed it so painfully tight that I hardly noticed anything else. So tight that I hardly noticed the silver of the knife pressing against her throat or the fear in her eyes. ‘You know who you are,’ she said to me. Her voice didn’t waver, even as drops of blood bloomed where the blade cut her skin. ‘You are our people’s only hope, Theodosia.’ And then they cut her throat and they took my name.”

The warrior-hero of Young’s book, 17-year-old Eelyn was always going to be a fighter. It’s the way of the Aska clan. After all, you have to be tough and ready to defend yourself, or you’ll be easy prey for Aska’s rival clan, the Riki. Eelyn’s brother Iri went missing, presumed dead, five years ago. It stays that way until Eelyn’s life is saved on the battlefield, by Iri… who is fighting for the other side.

Orleigh’s first day is her mother’s last. Rejected from all but the most begrudging care from a grieving and distracted father, she grows up considered cursed after her naming ceremony offering puts out the sacred fire of blessing (after turning it green). Voices in the community blame the child for the increasingly poor harvests as the years go by, though she finds support in her surrogate mother figure, Meila, and Meila’s son Piprin. Steeped in myths and religious lore (much of which is recounted in the novel), their society believes that everyone has a hand in writing the great Script in a seemingly preordained fashion.
From Your Site Articles
Ilana Lucas
Ilana is an English professor, theatre consultant and playwright based in Toronto, Canada. When she’s not at the theatre or insisting that literary criticism can be fun, she’s singing a cappella or Mozart, occasionally harmonizing with the symphony, or playing “Under Pressure” with her rock handbell group, Pavlov’s Dogs.
Book Club
Creativity
Book Club Books Goods