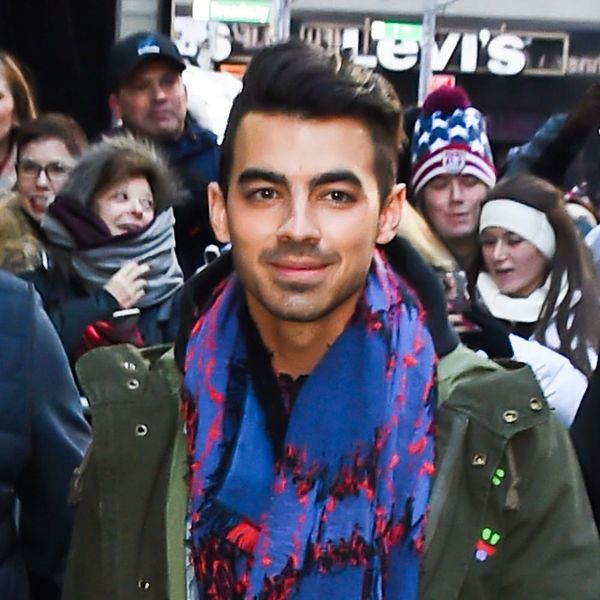 It’s been a rough year for love. Many of our fave Hollywood couples have called it quits in the past few months — we had to say goodbye to Brad and Angelina, Bella Hadid and The Weeknd, Taylor Swift and Calvin Harris, as well as Tay and Tom Hiddleston, just to name a few — and it’s taken a toll on our belief in everlasting star-studded romance.

Thank goodness Joe Jonas and Sophie Turner have found each other. Though they’ve been keeping super low-key and protecting their new flame, the totally adorable celeb couple will not only make you feel all warm and fuzzy, they’ll absolutely have you believing in love again.

20-year-old Sophie Turner (yep, Game of Thrones’ Sansa Stark) seems to have spent some of her downtime this holiday season hitting the slopes in Mammoth Mountain Park in California. She even posted a super cute pic of herself with a pal in her slope-wear.

What makes this tidbit extra interesting is that, while doing an interview on LIVE! With Kelly, 27-year-old Joe happened to mention that he was spending his Thanksgiving going skiing at that very same location.

And if we needed confirmation that they were there together, we got it via Joe’s own bro.

While attending a friend’s wedding this past weekend, Nick Jonas shared a pic on Instagram showing himself and his brother along with the other members of their table posing and having one heck of a good time. And who’s right there with Joe? That’s right! It’s Sophie.

Another wedding guest, Marissa Machado, shared more pics from the event’s photo-booth, and though Joe and Sophie aren’t doing anything blatant like kissing, Sophie’s hand on Joe’s shoulder is just sweet enough to make us go “aww!”

We can’t wait for these two to go public!

What do you think about Joe Jonas + Sophie Turner? Tweet us @BritandCo!