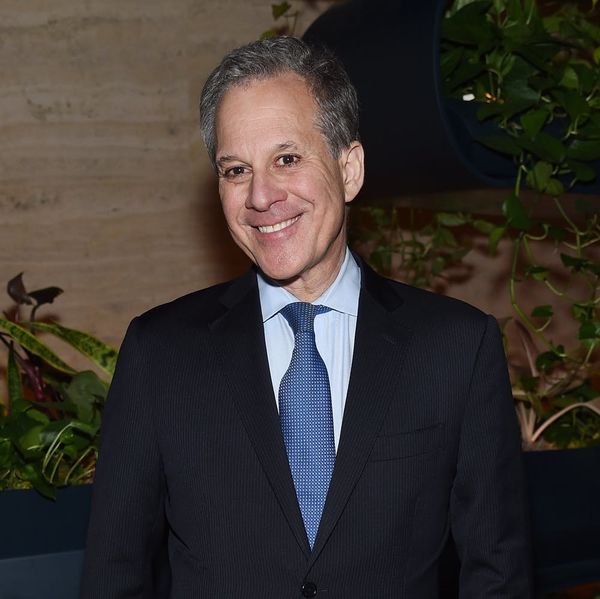 On Monday, the New Yorker broke a story that four women have accused the (now former) New York Attorney General, Eric Schneiderman, of nonconsensual sexual violence. Soon after the story was published, Schneiderman announced that today would be his last day as Attorney General.

The devastating report has made Schneiderman the latest in a long line of men who have either stepped down or been fired from their jobs over allegations of abuse against women — and made harder to swallow given Schneiderman’s record as a vocal advocate for survivors of sexual abuse. In February, Schneiderman’s office filed a civil rights lawsuit against Harvey Weinstein, his brother Robert Weinstein, and the Weinstein Company after Harvey Weinstein was accused of serial sexual abuse.

The accusations against Schneiderman are heartbreaking. Two of the four women who have accused Schneiderman of violence, Michelle Manning Barish and Tanya Selvaratnam, spoke on the record and used the word “assault” to describe Schneiderman’s alleged actions. Both of the women told the New Yorker that Schneiderman hit them without their consent, oftentimes after he had been drinking and sometimes when they were in bed together. Further, both women said that Schneiderman threatened to kill them if they broke up with him, and said that he could have them surveilled.

Neither of the women reported the abuse to the police, but say they had to seek medical treatment for the physical abuse Schneiderman allegedly inflicted.

Intimate partner violence is startlingly common. According to the National Coalition Against Domestic Violence, an average of about 20 people per minute are abused by a partner each day. Further, one in three women and one in four men will experience some kind of physical violence from an intimate partner during their lifetime, according to the NCADV. Young women between the ages of 18 and 24 are at the highest risk of being the victims of intimate partner violence, but people of any age or gender may be abused.

In a statement to the New Yorker (and prior to his resignation), Schneiderman said of the accusations against him: “In the privacy of intimate relationships, I have engaged in role-playing and other consensual sexual activity. I have not assaulted anyone. I have never engaged in nonconsensual sex, which is a line I would not cross.”

In the later statement announcing his resignation, Schneiderman denied the accusations published in the New Yorker.

“It’s been my great honor and privilege to serve as Attorney General for the people of the State of New York. In the last several hours, serious allegations, which I strongly contest, have been made against me,” the statement reads. “While these allegations are unrelated to my professional conduct or the operations of the office, they will effectively prevent me from leading the office’s work at this critical time. I therefore resign my office, effective at the close of business on May 8, 2018.”