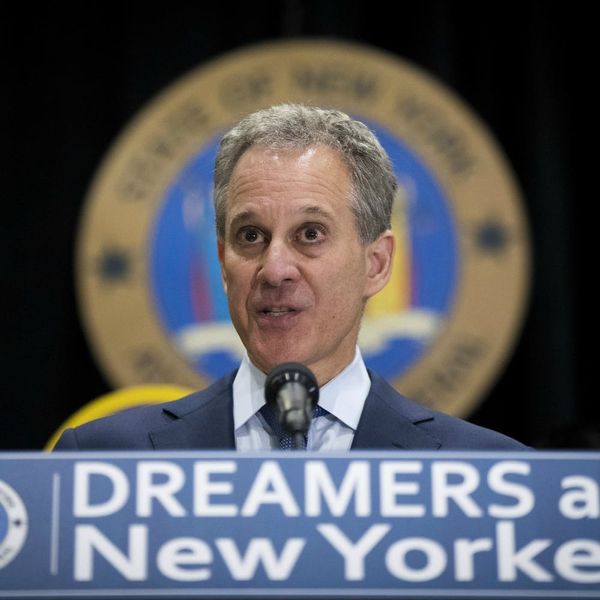 The law is finally coming for Harvey Weinstein. After four months of investigations, New York State Attorney General Eric Schneiderman is suing The Weinstein Company for its inability to protect staff from former boss Harvey Weinstein, who has been accused by both famous actresses as well as former and current staffers of verbal, physical and sexual misconduct.

In an official statement, the AG’s office said, “despite many complaints to TWC’s human resources department and widespread knowledge across the company’s leadership of HW’s persistent misconduct, TWC executives and the Board repeatedly failed to take meaningful steps to protect company employees or curb HW’s misconduct.”

The misconduct that the suit alleges Weinstein’s company was involved in includes: Berating and verbally harassing employees; threatening physical retaliation against staff; hiring a team of women whose sole job was to find women for their boss to have sexual contact with; instructing drivers for the company to keep condoms and erectile dysfunction drugs on hand at all times; telling some women that career advancement would come only if they had sexual contact with Weinstein.

The Weinstein Company’s board of directors responded to the suit immediately, due in part to the fact that co is near finished a deal that would see new ownership lead by Maria Contreras-Sweet and Ron Burkle.

“We are disappointed that the New York Attorney General felt it necessary to file today’s complaint,” the board said Monday. “Many of the allegations relating to the Board are inaccurate and the Board looks forward to bringing the facts to light as part of its ongoing commitment to resolve this difficult situation in the most appropriate way.”

AG Schneiderman has become quite the celeb in recent months after suing the federal government over net neutrality, working tirelessly to protect his state’s environment, suing Uber, and working to support victims of assault.

What do you think of Schneiderman’s case against TWC? Let us know @BritandCo!