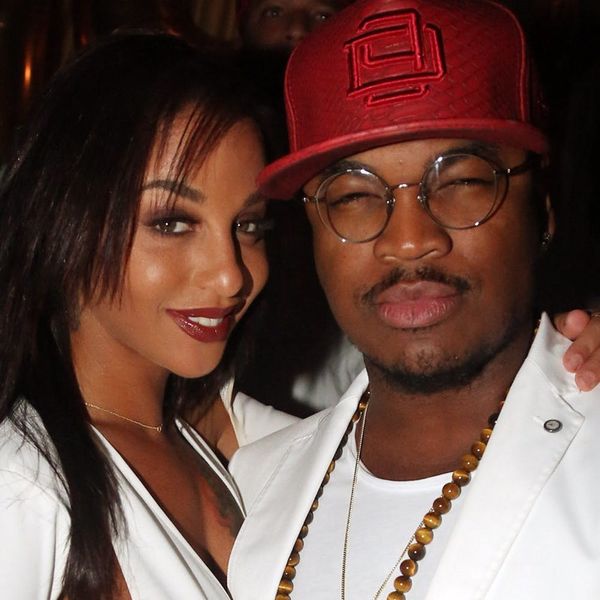 The baby news just keeps right on coming! Already this week, we’ve learned that Jaime Pressly welcomed twin boys into the world and Billy Joel and his wife Alexis Roderick were blessed with their second baby girl. Now, singer Ne-Yo and his wife Crystal Smith have let fans in on the fact that they’re also expecting their second child together.

The proud parents-to-be broke the news on Instagram, with Smith writing,“We didn’t plan for you but you are Gods plan and I thank you for choosing us to be your parents!🙈 Impatiently awaiting our newest addition 👶🏽👶🏽👶🏽 WE’RE PREGNANT!!!🙌🏽 @neyo.” She added, “(I think he did it on purpose 😫) joking! LOL.”

Ne-Yo, who is already the proud papa of the couple’s shared son Shaffer Chimere Smith Jr., as well as six-year-old Madilyn and five-year-old Mason, who he co-parents with his ex-fiancée Monyetta Shaw, also posted the pic, as well as one of his three children with space for a fourth, to Instagram with added text saying, “Guess who’s having another baby!?!” and “@itscrystalsmith and yours truly are happy to announce we are expecting.”

Smith, who married the World of Dance judge back in 2016, let fans in on the details of her first pregnancy shortly after her son’s birth, saying, “It was the scariest delivery ever and I ended up getting a emergency C-section cause of complications but with the help of my amazing doctor Sheryl Ross and my super calming husband NE-YO I was able to get through it all and come out with best reward in the world… SJ!!!!! #BestDayOfMyLife”

Here’s to hoping the second time around goes far more smoothly for the soon-to-be mother of two.

Did you plan your pregnancy or was it a surprise? Did your delivery go as expected or did it not go to plan? Let us know @BritandCo!

Desiree O
Desirée O is a ‘Professional Bohemian’ who loves anything and everything related to the arts, entertainment, and pop culture. She ADORES being a ‘Newsy’ for Brit + Co, covering all of the latest tidbits of awesomeness that you want to read about. When she’s not writing, she’s either making messy art, going on long adventurous walks with her camera, or poking around over at bohemianizm (http://www.bohemianizm.com/). You can find out about Desirée O and her work at http://DesireeO.com/ or follow her on Twitter @DesireeO.
Celebrities
Celebrity News
Celebrities Celebrity Baby