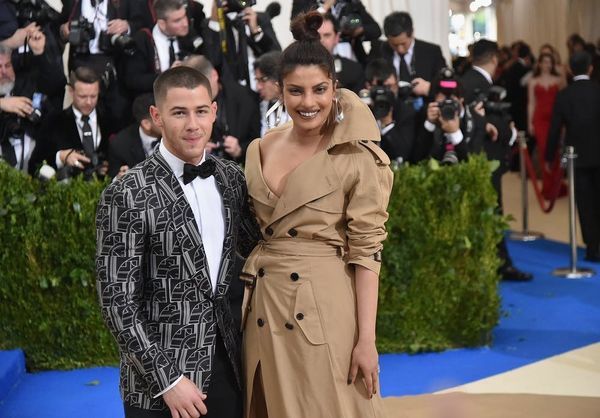 Nick Jonas and Priyanka Chopra are set to get married on Saturday, December 1, in one of two romantic and lavish ceremonies planned over the course of three days in India. Before they say “I do” and officially become husband and wife, check out what we know so far about their extravagant wedding weekend.

They’re getting married in a literal palace. Jonas and Chopra have chosen the pink sandstone-and-marble Umaid Bhawan Palace in Rajasthan, India, as their wedding venue. According to Vogue, the palace and its grounds cover 26 acres, 15 of which are “picturesque gardens and lawns.” The structure itself includes hundreds of rooms, including a library, a museum, a banquet hall, and a ballroom.

There will be two separate ceremonies. As they told Vogue, they’ll celebrate with both a traditional Indian ceremony, for Chopra, and a Christian ceremony, for Jonas. Both will take place in the palace, but in different areas. Jonas’ father will officiate the Christian service.

They’re upholding several cultural traditions. For the first ceremony, Jonas will wear a turban, carry a sword, and arrive to the ceremony on a horse. According to Vogue, the couple will also walk around a fire seven times, which represents the seven lifetimes they’ll spend together.

There’s a lot happening. The couple previously celebrated with a traditional roka back in August and attended a puja ceremony on November 28, and there are more events to come.. While talking with Vogue about the lavish affair, Chopra quipped, “People will need vacations after this wedding.”

Do you like the idea of a wedding that takes place over multiple days? Let us know @BritandCo!