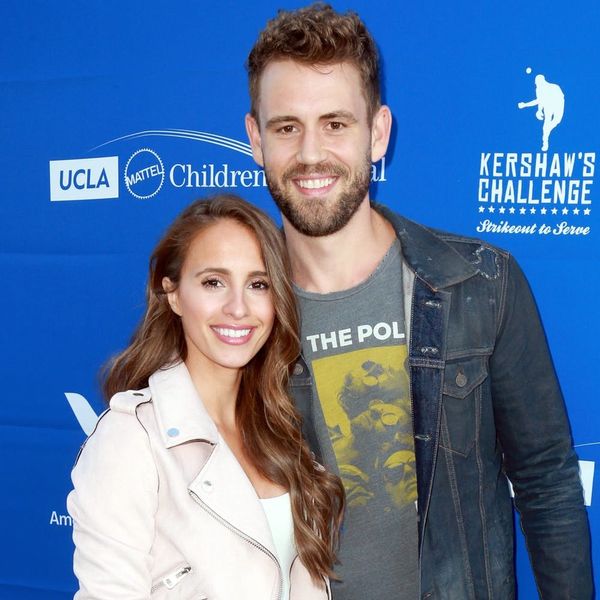 Looks like the third time’s a charm! After two earlier stints with the franchise, it seems as though Nick Viall’s turn on The Bachelor has taught him not to rush into things. Though his season ended with an engagement to now-fiancée Vanessa Grimaldi, the 36-year-old hasn’t exactly been in a rush to the altar.

Just weeks after the couple’s engagement went public, The Bachelor alum said it was “too early” to get married, and that he and Grimaldi were still enjoying the newness of the relationship.

Now, the entrepreneur is doubling down on his stance. “Nothing has changed,” Viall told Us Weekly at Clayton Kershaw’s 5th Annual Ping Pong 4 Purpose event. “I think it’s always important to take things slow.”

It’s an outlook that’s probably for the best at the moment, with Viall focusing on his career, which includes new subscription boxes and acting classes; and Grimaldi working on her activism. “She spent a lot of time on her fundraiser, No Better You, and she raised a ton of money on her event in Montreal,” he said. “That definitely took up a ton of her time. I tried to help when I could. Just trying to enjoy the summer.” (Okay, okay, raising $30,000 for special education classrooms is a pretty great excuse for pushing wedding planning aside.)

Couldn't be more proud of my girl @vanessagrimaldi30 for raising over 30k in her first fundraising event for @nobetteryou. Congrats babe!! #happy #proud #charity

The move seems to be a growing trend among successful Bachelor couples: JoJo Fletcher and beau Jordan Rodgers are also taking their time before heading down the aisle, and alums Catherine and Sean Lowe have said Rachel Lindsay would be smart to do the same.

Still, we’ll definitely be excited to see them say their “I Dos”… when the time is right!

How long did you wait to get married after getting engaged? Tell us @BritandCo!

Alissa Schulman
Alissa is a Los Angeles-based entertainment journalist who finds no shame in her bad TV tastes. When she's not hiding behind her laptop, she's ordering too much food at restaurants or running around her neighborhood.
Celebrity Couples
Celebrity News
Celebrity Couples love the bachelor The Bachelorette