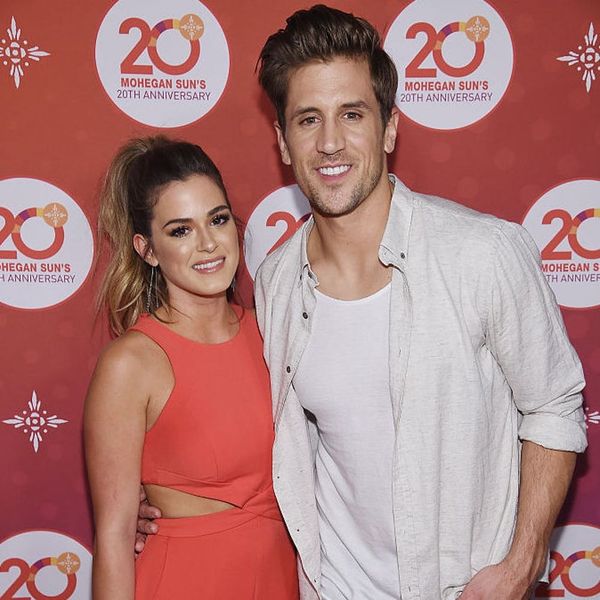 Rachel Lindsay and her mystery fiancé may have different ideas about when they want to get married — she said he wants to do it “probably sooner” than she wants to — but it looks like JoJo Fletcher and Jordan Rodgers are on the same page about when they’ll tie the knot. Unfortunately for us, Rodgers isn’t keen on televising their wedding (boo!), but there’s still time for him to change his mind.

“I’m enjoying being a fiancée and letting him court me, and when the timing is right, then we’ll do it,” Fletcher told People of Rodgers, who proposed last year on The Bachelorette. And since we’ve seen the way Rodgers delights in wooing Fletcher (like with the super-sweet surprise engagement party he threw for her), we can definitely understand why she’d want to savor every romantic moment of this special time with her fiancé.

“We have not set a wedding date,” she added. “It’s still obviously something that we are going to do, and we are still committed in that way, but we’re just enjoying this time together.”

Rodgers, for his part, told People last December that they were “still planning on next year,” so the big day may in fact be sooner rather than later.

Which Bachelor/Bachelorette couple is your favorite? Let us know @BritandCo!