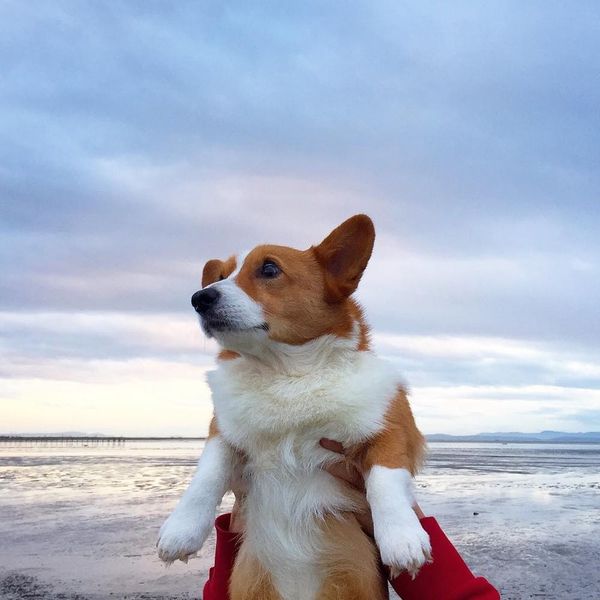 Check out the news that’s been developing while you’ve been out there bringing home the bread.

1. American University students are organizing protests in the wake of racist on-campus incidents: Two black students have been harassed with bananas this month at American University, and in the same dorm. In a statement, school officials wrote that one incident “was not characterized as bias related,” causing students to protest what they are calling the school’s inadequate response.

2. Donald Trump Jr. called Syrian refugees Skittles (and dangerous) in a tweet, eliciting major criticism: Donald Trump Jr.’s Monday night tweet about the “Syrian refugee problem” led to many Twitter users posting their own takes— namely, that Syrians are worth saving. And the official statement from Wrigley Americas, which makes Skittles: “Skittles are candy. Refugees are people. We don’t feel it’s an appropriate analogy.”

3. This Canadian dog was so beloved, people kept donating to his GoFundMe even after he died last night: The owners of Loki, an adorable corgi, set up a crowdfunding page after he was diagnosed with chronic kidney disease. They’ve amassed more than twice the $15,000 they requested, and the donations have kept rolling in even after Loki’s passing on Monday night (which the owners made public right away). RIP, Loki.

4. Instagram artistes rejoice, you can now save your work and come back to it later: Instagram started rolling out a new “drafts” feature that allows users to save a post and finish it at another time last month, and now it’s available for everyone to use. Never again will you need to rush your smoothie bowl post because you’re about to lose service on the train!

from NY to ND, we as sisters stand together to protect clean water. let us bridge these divides. let us see beyond the illusions in front of us. let us create a world for our children that promises them rivers to swim in, oceans to explore, and lakes to float upon. #UpToUs #RezpectOurWater #NoDAPL #StandWithStandingRock #nodakotaaccess @bobbijean20 @byellowtail

5. A federal judge has ordered the construction of the Dakota Access Pipeline to stop temporarily: The movement protesting the Dakota Access Pipeline, with supporter numbers in the thousands and including celebrities like Shailene Woodley, won a victory Monday when a federal appeals court made mandatory a temporary construction pause on 40 miles of the pipeline route. The area affected is on either side of Lake Oahe and along the Missouri River. One of activists’ major concerns is the potential that pipeline leaks will contaminate the water.