Why You Need to Know About Nike’s New Shoe 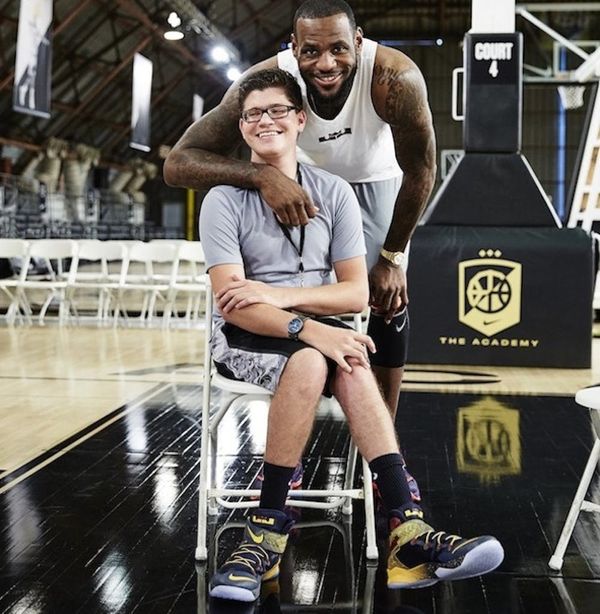 Being active is important, no matter how you choose to do it: before or after work, for free or while standing at your desk. But for those with disabilities, staying as active as you want can sometimes be a logistical challenge. Nike is hoping to change all that with their new Zoom Solider Flyease sneaker.

The shoes were inspired by Matthew Walzer, a high schooler with cerebral palsy who wrote several letters to the shoe giant in search of shoes that catered to those with disabilities. After years of prototypes, Nike came up with a shoe that could help everyone experiencing reduced mobility — from diabetics to amputees — to be more active. Those with disabilities often have an extremely hard time putting on active shoes by themselves. The Flyease has revolutionized the act of putting on shoes by making them “rear-entry” and laceless, so the wearer just has to undo part of the high top, slip their foot in and re-wrap it for a smooth, easy process.

The Zoom Solider is part of LeBron James’ Nike franchise, and James also happens to be Walzer’s favorite player. The shoes will also be sent to the two U.S. basketball teams competing in the 2015 Special Olympics World Summer Games this month, and Nike hopes to partner with the military to help veteran amputees. Congrats to Matthew Walzer and Nike for making this happen!

Tell us what else you’d like to see from Nike in the comments!