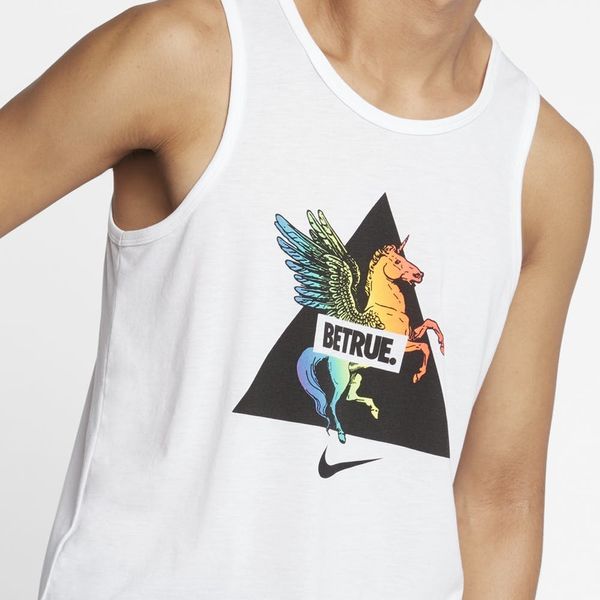 Nike, how we love thee — we’re STILL obsessing over the brand’s recent collaboration with Converse, the reintroduction of a timeless 30-year-old sneaker design, and its fierce AF plus-size line, and now, Nike is making all our technicolor dreams come true with its uber cool rainbow BETRUE Collection. Better still? It has a heartwarming purpose: to “celebrate the [LGBTQ+] community.”

What began as a grassroots initiative launched by a small group of Nike employees back in 2012 with a mini collection of custom NIKEiD sneakers celebrating Pride month has turned into a full-blown collection that aims to support all athletes, regardless of gender or sexual orientation, both on and off the field. Nike has donated close to $2.5 million in “financial and in-kind support” to various LGBTQ+ causes across the US since beginning the initiative, and is hoping to grow that number with its newest collection.

“The key for us was to create something that people could unite around to show their support for [LGBTQ+] athletes,” Robert Goman, LBGT Network Leader at Nike, said in a statement. “Sporting your rainbow in the gym or on a run became a way to feel like you belonged to something larger — you were connected to being ‘out’ or being an ally. The rainbow has and always will be incorporated into the BETRUE product in some way.”

Consisting of four sneakers, three T-shirts, and socks, the collection also includes other pro LGBTQ+ symbols, including “the color pink and the triangle… and the encouraging message, RUN FIERCE, printed onto the shoes’ sock-liners.”

There’s also plenty of innovation involved: The “eight-color, HD rainbow Swoosh design (on the Nike Flyknit Racer)” and “rainbow VaporMax Air unit (on the NikeLab Air VaporMax Flyknit)” are both new looks for the company.

The 2017 BETRUE line drops on June 1, but in the meantime, you can get a sneak peek here.

Cute AND with a cause? Be still our hearts!

Will you shop the Nike BETRUE collection? Tweet us @BritandCo.