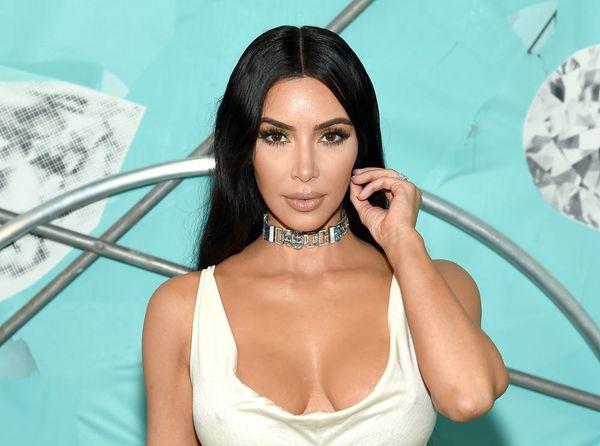 The annual Kardashian-Jenner Christmas card has become as much of a holiday tradition for fans as it has for the family, but Kim Kardashian says that they’ll be forgoing the photo in 2018. And it’s all because of last year’s drama.

“I have to say, [partly] in thanks to last year’s Christmas card, that really did just f*ck us over,” the KKW Beauty founder recently told E! News about the family’s decision not to do a holiday photo shoot this year. “That was so dramatic.”

In case you’re a little lost, Kim is referring to what happened on the season 15 premiere of Keeping Up With the Kardashians. The episode, which aired in August 2018, documented the family’s planning of the 2017 Christmas card. As Kim attempted to figure out the ever-expanding family’s schedule, there was some resistance from Kourtney — to which Kim responded that her eldest sister was “the least exciting to look at,” so it was fine if she couldn’t attend the shoot.

But the sisterly drama isn’t the only reason they’re skipping the photo shoot this year. Kim also told E! that, for now, it has simply become too unwieldy to organize the whole family.

“Kris Jenner has given up,” she continued. “She just is like, ‘I don’t have the energy to wrangle all my kids anymore, and their kids.'”

The most recent KarJenner card was a different approach to the tradition. For each day in the month of December 2017, Kim, who had taken over card duties from Kris, unveiled a new image in a “25 Days of Christmas” photo series. The final photo was somewhat of a letdown to fans, who had been speculating (and hoping) that the last pic in the series would serve as a reveal for Kylie Jenner’s then-just-rumored pregnancy. Kylie instead opted to keep her pregnancy private, only confirming the speculation after she gave birth to Stormi in February 2018.

Are you sad that there won’t be a KarJenner Christmas card this year? Let us know @BritandCo.