WTF: All Your Drinks Are Going to Come in Pods in the Future 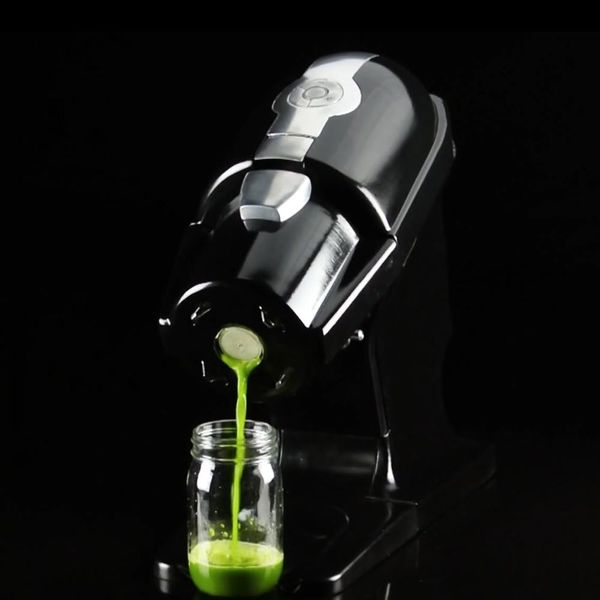 We’re calling it: 2016 is the year of the drink pod. It’s a tech trend that’s been growing in popularity since Keurig first launched their iconic little K-Cups back in 1998, and this year it was evident at CES that pod drinks are set to achieve world domination. Especially with the Nutralux, the world’s first pod pressed juicing system, currently on Kickstarter.

Back when the Keurig was first invented in the ’80s, it was created for office settings so office workers could be freed from the communal coffee pot — especially those who got the last dregs and the brew was particularly “stale and bitter.” Gradually, the Keurig took over the office and made its way into our homes. As of February 2015, about 16 percent of American homes own their own. Keurig Green Mountain (Green Mountain Coffee acquired the coffeemakers in 2006) has kept mum just exactly how many K-Cups they put out last year, and the company drew a lot of negative press about the impact of those little disposable plastic cups on the environment. The company is working to have the every cup fully recyclable by 2020, according to a 2015 interview with The Atlantic. Of course, you could always get a reusable My K-Cup filter ($10) for the sake of our planet.

Keurig has only grown since then, introducing the Keurig KOLD in September 2015. The chilled seltzer, cocktail mixer and soda maker made a splash (excuse the pun) at CES 2016 last month. KOLD got a lot of things right — like its ingenious solid CO2 beads that dissolve in liquid for bubbly perfection AND its ability to chill a drink in under two minutes. It also drew ire from its critics, however, for its relatively steep price point (it ordinarily retails for $369) and equally pricey pods, which range from around $0.99 to $1.29. Currently, it retails at $300 a pop, which IMHO is still quite pricey for a soda-maker, but it still gives you the convenience of getting almost any cold beverage at the push of a button.

Also making an appearance at CES was Nestle’s BabyNes Formula Dispenser. Keeping formula in individual pods does have considerable upsides. It keeps the formula sterile and fresh. Also, different formulas require different amounts of water, which the BabyNes can automatically recognize and adjust its setting to accordingly. It takes the guesswork out of crafting the perfect bottle — which is certainly a godsend for a sleep-deprived parent during a midnight feeding.

If you thought alcohols were safe from a pod-encased future, think again. Last year on Kickstarter, 1898 backers put $1.4 million dollars toward Pico, the at-home beer maker that made frothy brews from — you guessed it — pods. The invention did win a CES 2016 Innovation Award, but, again, quite costly; the Pico’s full retail price is $999 (though you can pre-order it for $699).

The latest invention has also put fresh-pressed juice into a pod. The Nutralux Juicer ($249) currently on Kickstarter has two options: recyclable pre-packaged containers with fruits and vegetables or a stainless steel reusable option which you can load up with your own produce. And yes, you simply pop the pod into the machine, select the amount of pulp you want and in a few minutes, you get a glass of fresh juice. The founders are aware of the burden disposable pods pose on our ecosystem and are striving to get it right — they’re engineering a fully compostable pod. It’s pretty genius actually.

So next time you’re thirsty, reach for a pod.

What do you think about this trend? Tweet us @BritandCo!

Kimberly Wang
Kimberly Wang writes about all things pop culture, tech, style, and beauty. She's a Bay Area transplant and has an MFA in Creative Writing from Columbia University. On a sunny New York day, you can find her hanging out with her mini schnauzer Isabelle Jellybean on a blanket in Central Park.
Kickstarter
Food News
Kickstarter
The Conversation