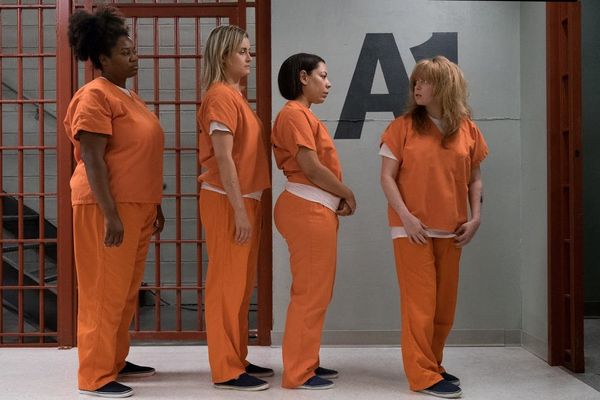 Orange Is the New Black is coming to an end. The hit Netflix show announced on Wednesday, October 17, that its upcoming seventh season will be its last, with the final episodes set to air in 2019.

“Warning: This may make you cry. The Final Season, 2019. #OITNB,” the show’s official Twitter account captioned a video montage of the cast sharing the sad news.

Warning: This may make you cry. The Final Season, 2019. #OITNB pic.twitter.com/bUp2yY0aoK

“I’m going to miss playing and living on the edge of one of the most groundbreaking, original, and controversial series of this decade,” said actress Kate Mulgrew, who played Red on the show.

Uzo Aduba, who played Crazy Eyes, also shared what she’ll miss. “I’m so grateful for the fun times, the knowledge, the friendships, the love, the family that we have created together,” she said, adding that viewers will not be disappointed by what’s in store for season 7. “We’re going to give you everything and more that you could have ever wanted.”

Laura Prepon, meanwhile, assured fans that the cast’s relationships “will continue after the show.”

The Netflix series, created by TV veteran Jenji Kohan, was lauded early on for its diverse ensemble casting and its female-focused perspective. It followed the women of Litchfield Penitentiary, who grew to love — and hate — one another as they served prison sentences together. The show shifted from protagonist Piper’s (played by Taylor Schilling) point of view over the years, letting viewers get to know the lives and stories of many of the rich characters.

“After seven seasons, it’s time to be released from prison,” Kohan said in a statement. “I will miss all the badass ladies of Litchfield and the incredible crew we’ve worked with. My heart is orange but fade to black.”

Schilling ended her screen time in the goodbye video with a heartfelt thank you to fans over the years. “Thank you so much for all of your support,” she said.

So far, a release date has not been set for the seventh and final season to hit Netflix in 2019.

Will you miss OITNB? Let us know @BritandCo!