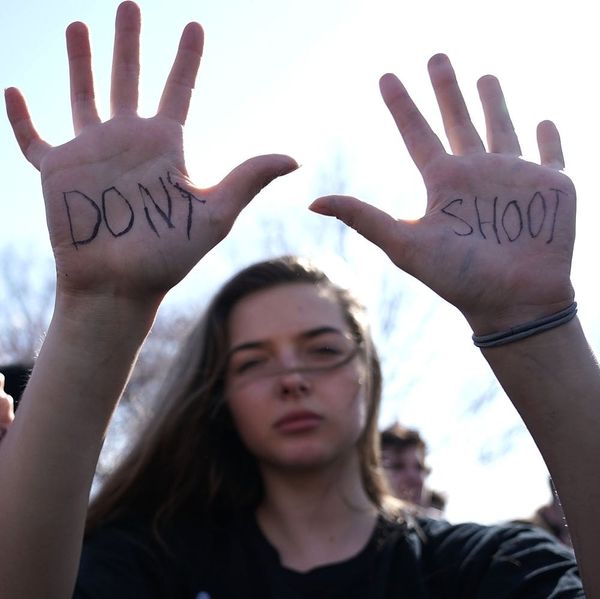 A grassroots movement calling for greater gun control in the wake of the Parkland shooting seems to be gathering steam, driven in large part by the teenage survivors of the attack. Now, it appears those desperate to cling to the status quo are willing to go to some pretty unforgivable lengths to stop that momentum.

In an email to reporter, an aide to Florida state representative Shawn Harrison claimed that two Parkland students were “not students here but actors who travel to various crisis when they happen.

Here's the email. I asked for more information to back up the claim and was sent another email that linked to a YouTube conspiracy video. pic.twitter.com/VRSVOcjj3E

That aide has since been fired, and the school’s superintendent stepped up to verify the identity of the two students, Emma Gonzales and David Hogg, who have become vocal representatives of the movement.

“These are absolutely students at Stoneman Douglas. They’ve been there. I can verify that.” — Robert Runcie, Broward County school superintendent, to @KirbyWTweets https://t.co/UFD1ZXGNjr

Other students from Parkland have voiced their indignation at the baseless accusation that the terrified, outraged students leading the charge for stricter gun laws are anything other than genuine.

Unfortunately, there are apparently thousands of people out there ready to smear school shooting survivors with fake conspiracy theories in an effort to hold onto their automatic weapons.

A quick YouTube search for the name “David Hogg” reveals dozens of videos with titles like “David Hogg Can’t Remember His Lines When Interviewed for Florida School Shooting.” Others claim that he is being coached by his father, who is a former FBI agent. Hogg appeared on CNN’s Anderson Cooper 360 on Tuesday to defend himself.

“I’m not a crisis actor,” Hogg said. “I’m someone who had to witness this and live through this and I continue to be having to do that.”

Similar accusations were made after Sandy Hook, reports CNN. Len Pozner, whose six-year-old son was murdered at the 2012 mass shooting that left 26 dead, told CNN he was plagued by accusations that the shooting was a hoax. He received hate mail and death threats for speaking up. He eventually founded Honr.com, an association that seeks to protect those grieving after events like Sandyhook and Parklandfrom the gun truthers and hoaxers that want to attack them.

That the survivors of a mass shooting should have to defend themselves against their own fellow citizens is abhorrent. Or as Democratic Senator for Florida Marco Rubio puts it:

What do you think of the conspiracy theory? Tell us @britandco.