STUDENTS: Why I'm Walking Out of School for National Walkout Day 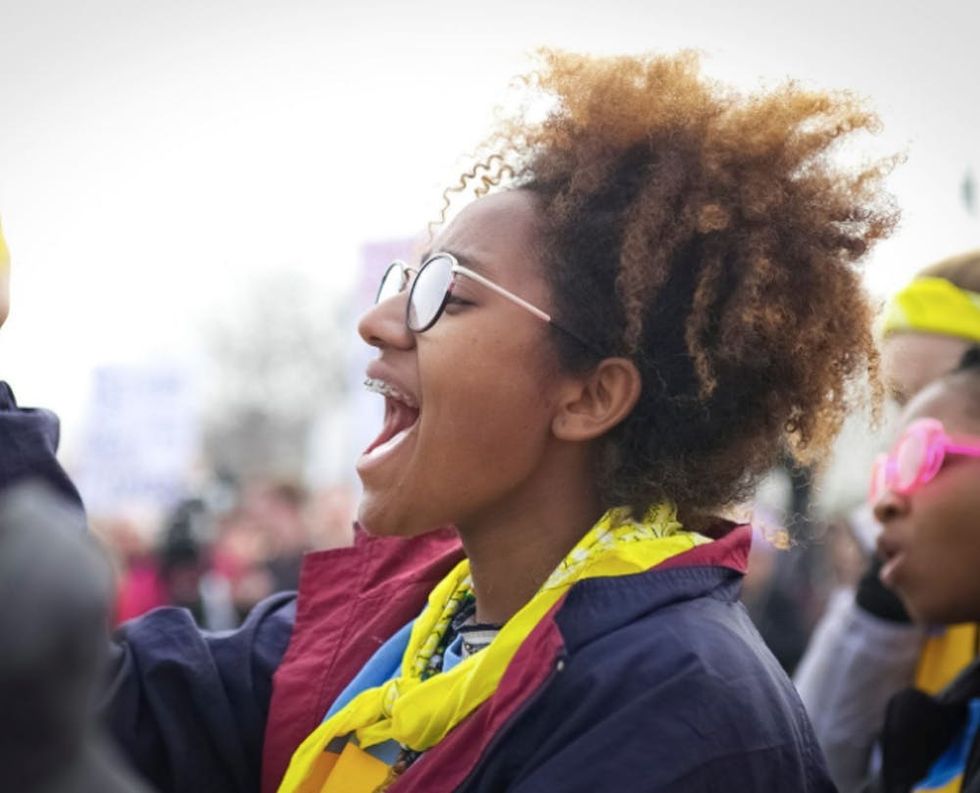 It has been over two months since 17 people were killed by a shooter at Marjory Stoneman Douglas High School in Parkland, Florida. Since then, teens all over the country have held walkouts, protests, and rallies to advocate for gun reform, safer schools, and more mental health resources for students.

On Friday, April 20 — the anniversary of the school shooting that left 13 people dead at Columbine High School in 1999 — students are once again walking out in protest. Brit + Co spoke to 15 students from around the US about why they’re walking out, and what school safety means to them.

"I am walking out for my friends, family, and the next generation. We all deserve to live in a country without the fear of being shot, and I am going to fight to make that happen."

"I am walking out because I want to join other kids in protesting the violence that is allowed to happen in this country.

A safe school looks like a place where there are helpful and kind counselors available for every student and student support groups throughout campus."

"Saguaro [High School] students are participating in the NSWO day to express our support for a better and safer community. It is time for changes to be made. A truly safe school can exist only in a safe and peaceful community. Gun violence needs to stop."

"It’s more than just a walkout. It’s to prove a point to our administrators and our country that it’s time to change our gun laws and further our funding for safe schools. Whether it be a walkout or a rally, I and my fellow students are prepared to fight for safety.

A safe school to me looks like: more armed security guards who are trained for such circumstances, better counseling programs at our school, metal detectors, and students who can go to school without fear that they might too, lose their lives that day."

"I am walking out on the 20th because it terrifies me to think of experiencing what the students of Parkland went through. I want to do everything I can to make sure these terrible acts stop occurring and allow students do what they’re supposed to do: learn. To me, a safe school is where every student has a friend they can depend on and trust and not have to worry about anything other than the homework or studying they have to do. No representatives should ignore the thousands of students demanding change."

"I am walking out for the 13 people who were killed during the Columbine shooting and for the 96 people who die every day from gun violence. I am walking out because politicians need to know that young people are not going anywhere. We are the generation of change and we will continue fighting until every single person, in every single corner of the US is safe in their community and school."

"Columbine was almost 20 years ago, and there have been dozens of school shootings since and no action from anyone to prevent this. We are marching the victims of all those shootings who are unable to march, but their spirit and their desire for change lives on through us.

To me, school safety is about being able to declare your school campus a gun free zone, but we haven’t been able to do that because of the lax gun laws in our country. Safety in schools starts with safety everywhere else, and we need to crack down on gun laws that make it too easy for bad intentioned people to purchase a firearm. Laws that make guns harder to get and eliminate weapons that are only used for killing the maximum amount of people possible, such as the AR15, are the only ways to keep our schools safe, because adding more guns to the situation is the last thing anyone with common sense would do."

The walkout for me signifies the beginning of a student revolution for a safer future. We have decided to start fighting for our lives and the walkout is a symbol of the beginning of our fight." —Tess Stuber, 18, Bexley High School (Columbus, OH)

"Unfortunately, my school will not be participating in the 20th walkout. However, I and some of my fellow students will be holding a protest at the statehouse after school. My goal in this is to make it clear to Ohio politicians that young voters are adamant about stricter gun laws."

"I am walking out to show that students in San Bernardino have a voice and demonstrate to the people of the community and to elected officials, the impact that youth can have. We will fight for gun control and wellness centers on every campus and we will get it one way or another."

"I'm walking out because I believe that students should be heard. Students are scared to speak up but, on April 20th, any student will have the chance to speak up. I also want to have a wellness center at my school because other local high schools have them. The wellness centers will provide us with the resources to deal with the trauma that comes with gun violence.

For me, school safety is knowing I can go to school without having to go through a metal detector, not having to be treated like a criminal, or as if a shooting were to always be on the brink of happening. It means not seeing so many security guards all over school."

"I’m walking out because gun violence is a problem that has the potential to affect anyone and everyone. We need to recognize and understand that that's an issue so we can work together to implement gun reform to improve the lives of youth in all communities.

Safety in school means not having to teach kindergartners what "run, hide, fight" means."

"I am walking out because I want the country and people in power, that aren’t doing anything now about gun reform, to see that the young generation is united together and will continue to take action until a difference is made."

To me, a safe school is a gun-free school, where teachers are unarmed and students are unafraid of gun violence because guns are thoughtfully regulated by our lawmakers."

Elizabeth King
Elizabeth King is a politics, history, and culture writer based in the Twin Cities. She is generally pretty cranky but still enjoys traveling, music from the early 2000's, and plotting the resistance. Feel free to say hi on Twitter at @ekingc or check out some of her work at www.elizabethcking.com.
Teens
Current Events
Teens