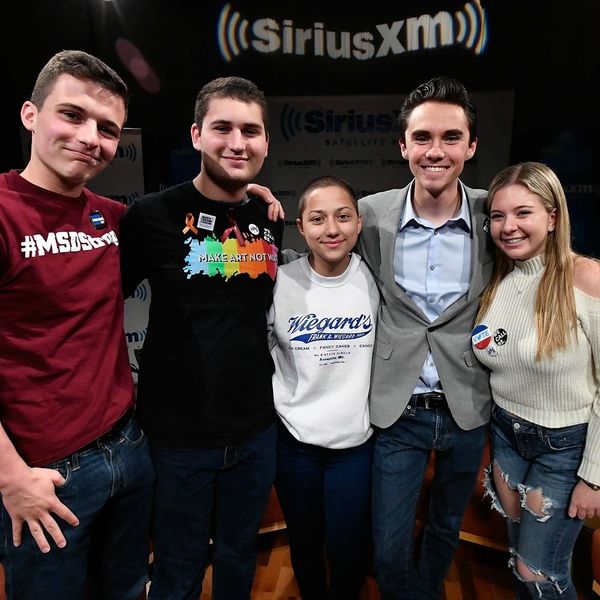 Every year, Time magazine releases a list of the year’s 100 Most Influential people around the world. This year’s crop includes a bevy of celebs like Oprah Winfrey and Rhianna, politicians like President Donald Trump and Nancy Pelosi, and influential Americans like Bill Gates and Ronan Farrow.

All the profiles are written by fans or friends of those being honored, and included in the bunch, former President Barack Obama wrote a profile on Jaclyn Corin, Emma González, David Hogg, Cameron Kasky, and Alex Wind — just some of the student activists and survivors of a school shooting that killed 14 of their classmates and three teachers back in February.

“The Parkland, Fla., students don’t have the kind of lobbyists or big budgets for attack ads that their opponents do,” President Obama writes in his glowing profile of the leaders of the #NeverAgain movement. “Most of them can’t even vote yet.”

“But they have the power so often inherent in youth: to see the world anew; to reject the old constraints, outdated conventions and cowardice too often dressed up as wisdom. The power to insist that America can be better.”

Obama not only applauds the bravery and work of Corin, González, Kasky, Hogg, and Wind, but also throws some shade at sitting politicians who seem unmoved by the Parkland kids’ dedication to real change.

“They [the Parkland students] see the NRA and its allies—whether mealymouthed politicians or mendacious commentators peddling conspiracy theories—as mere shills for those who make money selling weapons of war to whoever can pay. They’re as comfortable speaking truth to power as they are dismissive of platitudes and punditry. And they live to mobilize their peers.”

In the end, the former president also praises the fact that the students from Parkland are working to elevate Black and Latinx voices and to work with marginalized communities to incite real change both within politics and within American culture as a whole.

“Our history is defined by the youthful push to make America more just, more compassionate, more equal under the law,” he concludes. “This generation—of Parkland, of Dreamers, of Black Lives Matter—embraces that duty. If they make their elders uncomfortable, that’s how it should be.”

“Our kids now show us what we’ve told them America is all about, even if we haven’t always believed it ourselves: that our future isn’t written for us, but by us.”

Kat Armstrong
Kat has been a writer, social media maven and mom for longer than she's willing to admit. She's also spent time in front of and behind the camera, interviewing celebs, politicians and acting as a producer for fashion and artistic photography shoots. When she isn't writing for various orgs and publications, she's hanging with her kids, husband and French Bulldog, Peter, in Toronto, Canada.
Teens
Current Events
Teens
More From Current Events