Pecan Day Recipes: Pecan Pie and Other Takes on This Favorite 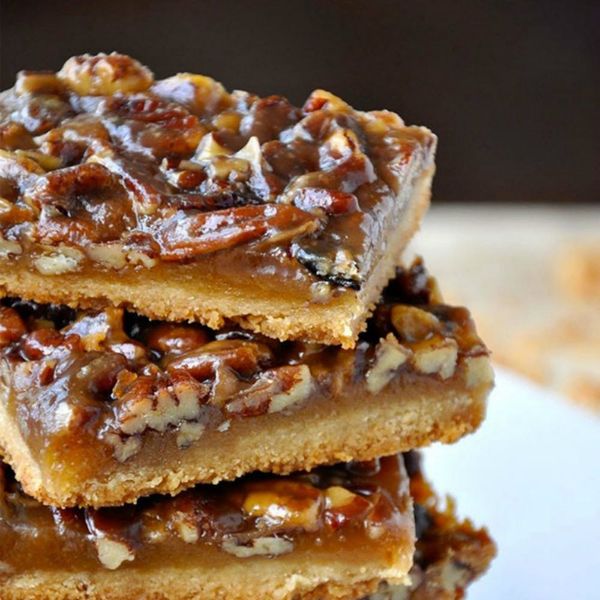 Happy Pecan Day — the day that is said to commemorate George Washington first planting pecan trees at Mount Vernon in 1775. Pecans were favorite nuts of both Washington and Thomas Jefferson, who were great friends and both horticulture enthusiasts. Some say Jefferson gifted the first trees to Washington, though his diary at the Mount Vernon Library shows he planted many pecan trees on the estate in his lifetime. Pecans are in fact the only nut trees native to North America, with over 1,000 varieties. Native Americans valued them for their high fat content. They drank pecan milk that was made by boiling mashed pecans in water and reducing it to a thickness. They ate them in vegetable dishes that included beans, corn, and squashes, and used ground pecans to thicken stews. Hunting parties traveled with pecans to sustain them when other food was scarce. Of the many American dishes that utilize pecans probably none is so beloved as pecan pie, but the nuts are also a great in savory dishes as well. If you’re a fan of pecans, then you’ll certainly go nuts for our roundup of 11 delicious pecan recipes.

While pecan pies are a staple of Thanksgiving, they are great year round. The nutty crunch and sweet buttery, syrupy custard are a winning combination that can be adapted to more than just pies. Here are 11 recipes inspired by pecan pie flavors, including a beer and bacon bar, a pecan pie baklava, pecan pie truffles and a pecan pie tart that’s gluten-free.

Over at Just a Taste, Kelly Senyei has whipped up some pecan pie bars that have all the flavor we yearn for but save us the pain of rolling out pie crust. They look ooey-gooey gorgeous!

(Photo via Just a Taste)

Sally Jones
Sally Jones is a writer and editor living in New York City. She has worked at many websites including iVillage, Ladies Home Journal, More, Parenting, Cosmopolitan, The Knot and YourTango, in jobs ranging from editor to COO. Renovation and interior design are her unhealthy obsessions hobbies. She has renovated every home she's lived in, including the rentals, and like... whoa, who does that? You can catch her at her blog Renov8or.
Recipes
The Conversation
Reviews:
More From Recipes