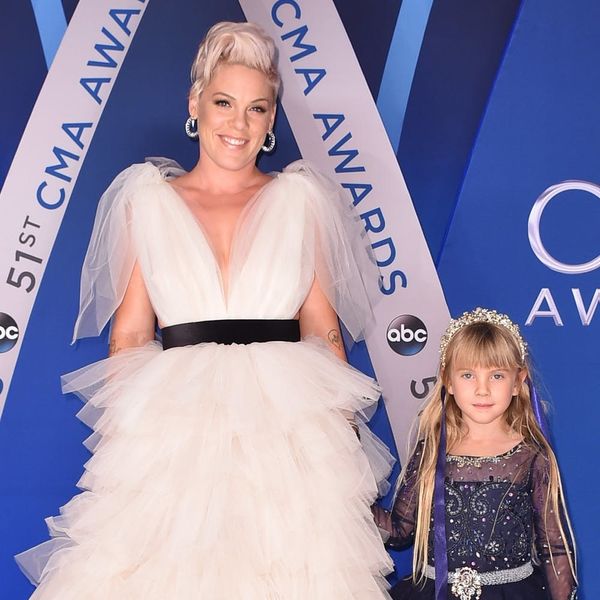 Pink and her adorable daughter Willow have always had a special bond. The pair often walk red carpets and attend awards shows, and in August, Pink’s mega-inspiring MTV VMAs Video Vanguard Award acceptance speech dedicated to her little girl left us all in happy tears. Last night, appearing at the Country Music Association Awards together, they totally stole the show before it even started, outshining an impressively glitzy red carpet.

The 38-year-old singer was on hand to support her hit single with Kenny Chesney, “Setting the World on Fire,” which was nominated for Musical Event of the Year. She also performed her own track “Barbies.”

Before the show, Pink shared a pic of her girl with the caption, “my date my love,” as well as a pic of the two of them together with the simple message, “happy.”

My date my love

By the time the show started and hosts Brad Paisley and Carrie Underwood took the stage for their opening monologue, Pink and Willow had already made a wardrobe change. Paisley made sure to shout them out, giving them both a laugh.

.@Pink officially has the cutest date at the #CMAAwards tonight 😍😍 pic.twitter.com/CQsomFYcPI

Back in December, Pink and husband Carey Hart welcomed their second child, a baby boy, Jameson, and took care to make sure their six-year-old daughter still felt special with a big-sister party of her own. This family is too cute.

Did you see Pink and Willow at the CMAs? Let us know @BritandCo!