Pink Says Christina Aguilera Tried to Punch Her During Their Feud 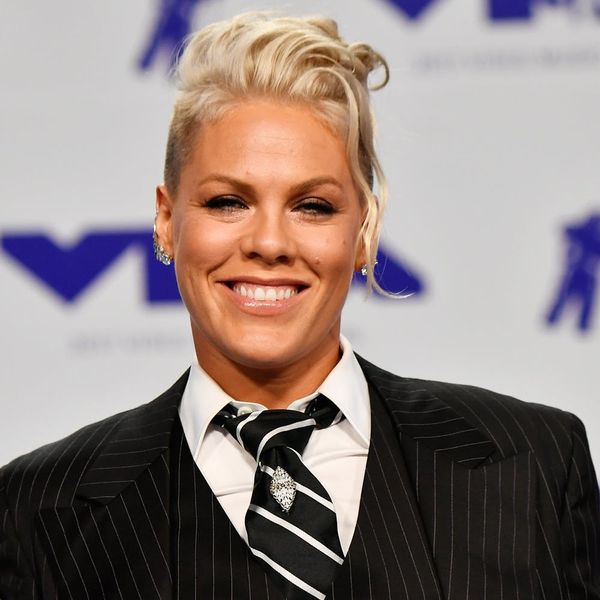 Pink and Christina Aguilera’s former feud goes all the way back to their “Lady Marmalade” days, when the two young stars reportedly clashed over who would sing which parts in the song. And although the ladies have since made amends, the beef still comes up every now and then, like it did on Watch What Happens Live With Andy Cohen last night.

During a round of “Plead the Fifth,” Cohen asked the “What About Us” singer about the situation between her and the “Your Body” singer. “How did you two reconcile, and looking back, what was the biggest issue between the two of you?” the host asked.

“We were super young and super new at the whole thing, and I think I’m an alpha, and she’s an alpha,” the now 38-year-old said. “I’m used to taking my altercations physical and she’s used to having them verbal. We just are very different… You have to learn — women have to learn how to support each other. It’s not taught to us in the playground.”

When Cohen asked if Pink had tried to “get physical” with Aguilera, the “Just Like Fire” performer replied, “Actually, she swung on me in a club. Hilarious! I was like, ‘What’s happening right now? What’s happening?’ … I mean, it was funny. I laughed.”

Thankfully, things have since changed for the better. “We’re fine. Look, she’s so talented, and deep down — I’ve had bad days too — she’s a really sweet person,” Pink told Cohen, adding that they worked things out during a May 2016 episode of NBC’s The Voice. “I hadn’t seen her in years and years and years. We became moms. We grew up. We hugged it out. It’s that simple. And I feel so good about that.”

Their reunion on The Voice isn’t the end of the story, though. Not only are these two superstars no longer feuding, but they also apparently worked on a new song together. “We may or may not have already collaborated,” Pink confessed in a different segment on WWHL. “I don’t know if I’m allowed to say that — but I just did.”

Now that’s an awesome way to put a feud behind you. We can’t wait to hear the song that brings two of our favorite singers back together again, this time under much friendlier circumstances.

Are you excited to hear the new song from Pink and Christina Aguilera? Let us know @BritandCo!