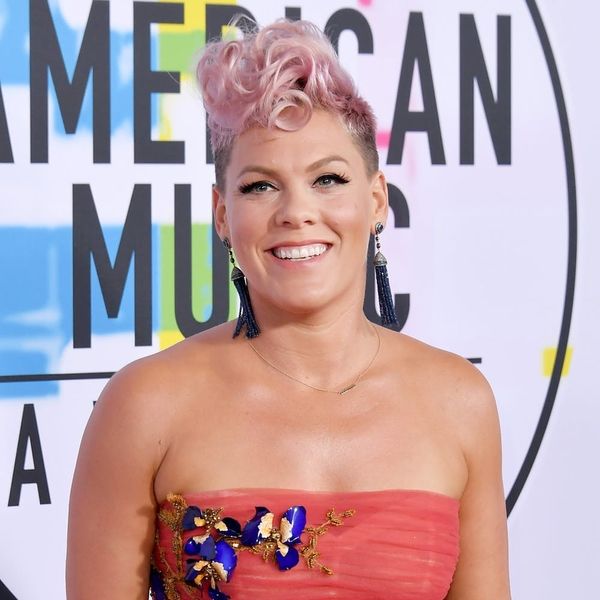 During last night’s 2017 AMAs, Christina Aguilera paid tribute to Whitney Houston and the 25th anniversary of the Bodyguard soundtrack with a medley of hits that brought the audience to their feet. As the camera showed the crowd’s reactions throughout the performance, one shot of Pink had people thinking she was cringing — but the singer quickly shut that down with a sweet statement about both Aguilera and Houston.

“Christina f***ing killed it tonight for one of our favorite singers ever,” the “Beautiful Trauma” singer wrote, retweeting a follower asking fans to stop creating drama where it didn’t exist. “This [is] about Whitney, and I am in awe of Christina’s talent.”

Immediately following the Houston tribute, pictures and GIFs of Pink’s face flooded Twitter as a reaction meme, with many using the shot to claim that Pink was throwing shade.

P!nk's face during Christina Aguilera's Whitney Houston tribute has me rolling on the floor. #AMAs pic.twitter.com/a8y160BRyE

But Pink was having none of it, and was even seen later in the medley softly singing along as tears visibly welled in her eyes. “Show the clip where I’m in tears, you negative Nancys,” Pink concluded her response.

The singers have had their share of drama between them in their younger years, but during a 2016 episode of The Voice, they buried the hatchet, and now stand in support of each other as grown women. “We became moms. We grew up. We hugged it out,” Pink told Andy Cohen in a recent interview. “It’s that simple. And I feel so good about that.”

Earlier in the evening, Pink shared a powerful moment with another of her female pop peers, as she and Kelly Clarkson performed together for the first time in tribute to first responders.

What did you think of Pink’s response? Let us know @BritandCo!