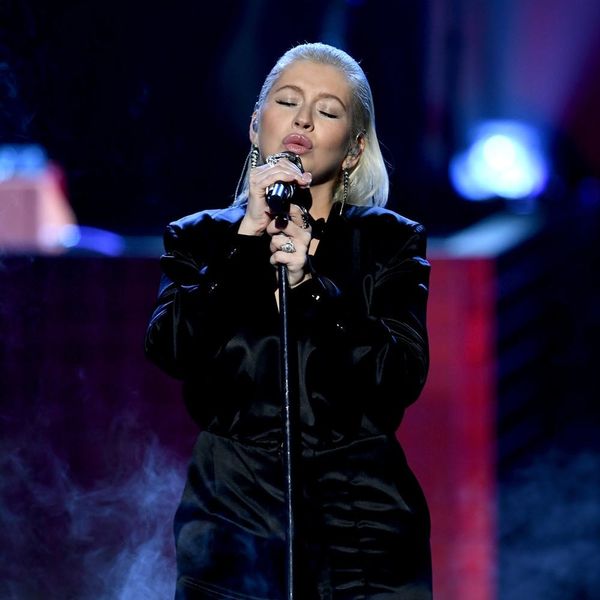 The 2017 AMAs have been jam-packed with showstopping moments, including Kelly Clarkson and Pink’s tribute to first responders and Selena Gomez’s return to the stage for the first time since her kidney transplant. But one performance in particular brought the room to their feet — and to tears: Christina Aguilera paid tribute to her idol Whitney Houston with a medley celebrating the 25th anniversary of the Bodyguard soundtrack, and it was a moment to remember.

Aguilera wowed with a medley of songs from the top-selling movie soundtrack of all time, running through “I Have Nothing,” “Run to You,” “I’m Every Woman,” and, of course, “I Will Always Love You,” which opened the set and immediately had members of the audience up on their feet and misty-eyed.

Throughout the performance, some of the most iconic clips from the 1992 film featuring Houston and Kevin Costner flashed behind Aguilera. By the end of the beautiful tribute, the crowd was clapping and dancing in celebration along with the singer.

When it was announced that the “Beautiful” singer would lead the Houston tribute, she took to Instagram in excitement. “I am excited, honored, and humbled to perform a tribute to one of my idols,” she wrote, adding in an official press release that “her graciousness, generosity, humanity, and beauty lived up to everything I could have hoped for in meeting my idol and will forever be cherished in my memory of her.”

Houston died at the age of 48 in 2012, the night before that year’s Grammy Awards.

Did you cry during Christina Aguilera’s Whitney Houston tribute? Let us know @BritandCo.