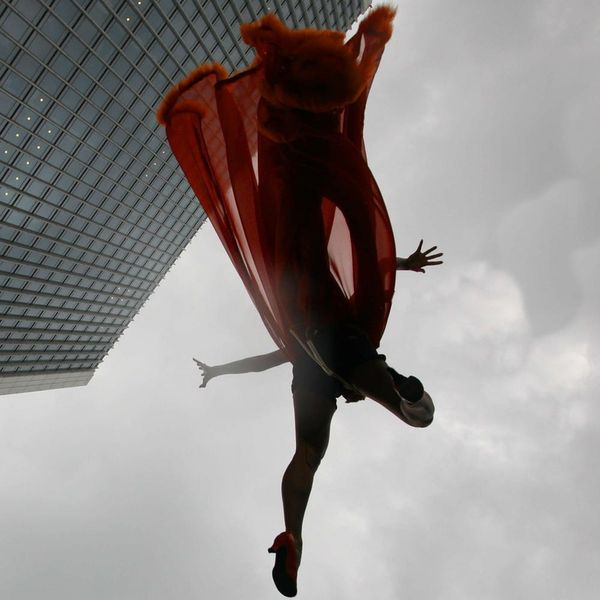 Move over, Wonder Woman — there’s a new female superhero in town! Faith Herbert (AKA Zephyr), the plus-size heroine from Valiant Comics’ Faith series is officially getting the big screen treatment, according to Deadline.

As the outlet reports, Sony Pictures has made a deal to bring a live-action version of the comic book character to life, with Maria Melnik (American Gods) set to write the script.

Herbert made her initial debut in 1992 as a journalist by day and a flying member of team Harbinger with telekinetic powers to move things with her mind by night.

While her story sounds somewhat familiar, her body, as drawn by artists Francis Portela, Marguerite Sauvage and Jelena Kevic-Djurdjevic, who provides Faith‘s cover art, is far from typical. Rather than the super svelte figures we’ve grown accustomed to seeing from badass babes such as Captain Marvel, Black Widow, and yes, even Diana Prince, Faith is drawn with a plus-size frame.

The uplifting news comes on the heels of a growing shift in the comic universe, with Marvel broadening its horizons with multiple LGBTQ+ figures as well as Ms. Marvel (AKA Kamela Khan), a Muslim superhero that was introduced to the comic series back in 2013.

There’s no word on when the film will see the light or day or who might take on the role of Faith, but if we have things our way, it will be RL superhero Ashley Graham, all the way!

Are you excited to see a plus-size female superhero? Sound off over @BritandCo.

Nicole Briese
Nicole is the weekend editor for Brit + Co who loves bringing you all the latest buzz. When she's not busy typing away into the wee hours, you can usually find her canoodling with her fur babies, rooting around in a bookstore, or rocking out at a concert of some sort (Guns N' Roses forever!). Check out all her latest musings and past work at nicolebjean.com.
Body Positive
Body Positivity
Body Positive Movies
More From Body Positivity

Outraged by a New Netflix Trailer, This 21-Year-Old YouTuber Launched the #MeToo of Fat Positivity