How a Post-Breakup Makeover Can Help You Move On 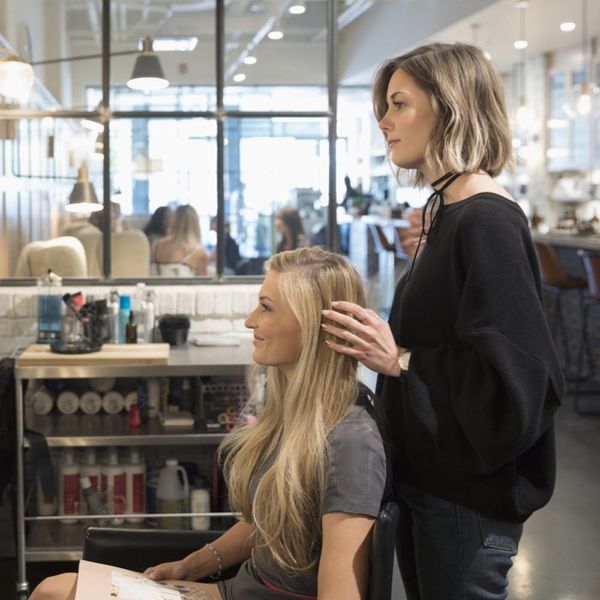 When Jenna Dewan split from Channing Tatum earlier this year, she showed up to the 2018 Billboard Awards with a surprising sleek bob. And when Khloé Kardashian and Lamar Odom broke it off, she got a new TV show (oh, and a killer bod). Whether you’re famous or not, breakups usually lead to a burning desire for a breakup makeover, AKA a breakover. But as universal as this urge is, breakovers can be done in ways that are healthy or harmful, depending on the motivations behind them. So before you head to the salon for a snip, read what Lindy Lewis — a relationship expert and the founder of Banking From Breakup, a website dedicated to helping women in financial peril post-breakup — has to say about the concept to be sure you’re making changes for the right reasons.

According to Lewis, it’s common to lose your sense of self and become disconnected from who you are to a certain extent during a long-term relationship. This can manifest itself in a number of ways, both physically and behaviorally, including gradually gaining weight or neglecting old hobbies. Breakovers are a good way to reclaim these things — when done in moderation, of course. In the wake of a relationship, you have the opportunity to exclusively prioritize yourself for the first time in a long time, and Lewis encourages you to take advantage. “A breakover can be a great way to refresh and renew yourself, practice self-care, and to rediscover and reinvent yourself after your breakup,” Lewis explains. “You become the focus in your life.” Examples of healthy breakover techniques include external changes, such as revamping your wardrobe and getting fit, but breakovers also extend beyond this. Traveling, trying new activities, and socializing with other people can also be categorized as breakover tactics.

The motivations behind this concept are fairly obvious. We want to look good, feel confident and, ultimately, start over post-split. One of the difference, though, between a healthy and unhealthy breakover is that you need to be doing it for yourself, rather than directed at an ex. “Breakovers can go left when it becomes about your ex: Seeking revenge, trying to outdo your ex, or be better off than your ex,” Lewis states. “If the endgame is about competing with your ex, getting your ex jealous, or becoming obsessive about it, then it’s not good.”

Breakovers can also be detrimental when they’re overdone. “A breakover can be your undoing if you go to extremes with overspending and overindulging,” Lewis explains. So, yes, you deserve some new outfits, but you don’t want to go into debt in the process. Moreover, Lewis underscores that a breakover is not a substitute for addressing deep-seated issues. “The point when a breakover can become unhealthy and unproductive is when you neglect processing your pain or the feelings of rejection, betrayal, abandonment, low self-esteem, etc.”

Although breakovers are a good, legitimate way to feel instantly gratified, this pain will eventually need to be confronted. This is why Lewis suggests a moderate breakover in conjunction with what she calls the “inner work.” Exercises such as journaling, visualizing, meditating, working out, or volunteering can make a major difference, Lewis says, because “a breakover is no replacement for self-love.”

What’s your take on the breakover? Let us know @BritandCo!

Annamarie Higley
Annamarie is a Californian who's been plopped in the middle of Missouri for her undergraduate studies in magazine journalism. She's a hiker, an eater, a lover of words. In her opinion, nothing beats a well-made breakfast sammy or a well-crafted sentence.
Dating
Relationships
Dating Mental Health Relationship Advice Self Care
More From Relationships