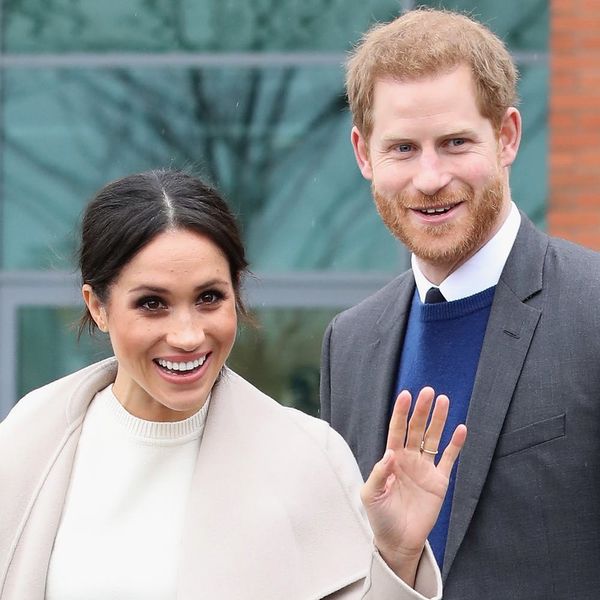 Meghan Markle is set to become an official member of the royal family following her Saturday, May 19, wedding to Prince Harry. While the former actress has already undertaken engagements with her husband-to-be, her role in public life will grow following the nuptials, and in a recent speech, Harry noted how excited he was for her to be by his side in future endeavors.

On Friday, Harry was appointed by Queen Elizabeth II as an ambassador for the Commonwealth Youth Forum charity, and on Monday, he gave his first address since taking the position.

“In my new role, I will work to support the Queen, my father, the Prince of Wales, and my brother William, all of whom know that young people are the answer to the challenges of today,” he said, according to People. He then gushed about further joining forces with his fiancée. “I am incredibly grateful that the woman I am about to marry, Meghan, will be joining me in this work, of which she too is hugely excited to take part in.”

In the couple’s very first joint interview after their engagement, Markle spoke excitedly about transitioning out of acting and into more philanthropic work with Harry. “I think what’s been really exciting, as we talk about the transition out of my career and into my role, is the causes that are really important to me that I can focus even more energy on,” she said. “Very early out of the gate, I think you realize you have access or a voice that people are willing to listen to, and with that comes a lot of responsibility, which I take seriously.”

The London-based Commonwealth Youth Forum works to empower young people to partake in issues such as education and environmental changes. Recently, Harry and Markle further demonstrated their commitment to social change and youth-based organizations when they requested donations to a handful of charities in lieu of wedding gifts.

What did you think of Harry’s sweet shout-out? Let us know @BritandCo!