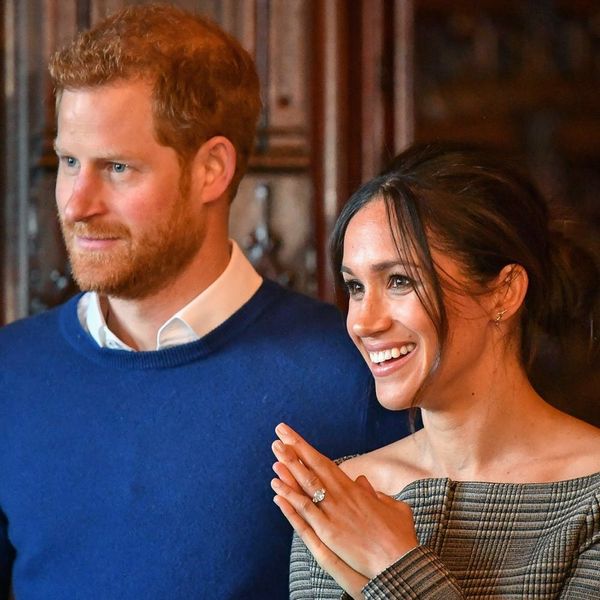 With their wedding fast approaching, Prince Harry and Meghan Markle are keeping royal watchers abuzz. They’re a royal couple unlike any we’ve seen before, and with Markle breaking new ground in the royal family, there’s a lot to be excited about regarding the soon-to-be-newlyweds.

At the top of the list are their philanthropic and humanitarian efforts. Both Harry and Markle are passionate about using their positions to support people who need it. Their dedication to giving back is front and center in their lives. Here are seven ways they’re making a difference.

1. They’ve requested charitable donations instead of wedding gifts. What do you get the couple that already has anything they could ever want? Well, Prince Harry and Meghan Markle solved that problem for you. When details on their April 19 wedding started rolling out, the lovebirds asked that people wanting to send them a wedding gift instead donate to one of seven UK-based charities: Children’s HIV Association (CHIVA), Crisis, the Myna Mahila Foundation, Scotty’s Little Soldiers, StreetGames, Surfers Against Sewage, and The Wilderness Foundation UK.

2. They’re shining a spotlight on community leaders. In a break with royal tradition, Prince Harry and Meghan Markle have invited 2,640 members of the public to Windsor Castle for their wedding festivities. The invitees include 200 people from various charities and organizations the couple support, as well as 1,200 people who have served or led their communities in some way. Among them: Reuben Litherland, 14, who teaches sign language at his school; Phillip Gillespie, 30, a former soldier who lost his right leg in combat; and Pamela Anomneze, 52, who works with Studio 306 Collective, a charity that helps people who are struggling with mental illness by engaging them creatively.

3. They’re empowering wounded warriors through the Invictus Games. It’s probably no coincidence that Prince Harry and Meghan Markle’s first public appearance together was at the 2017 Invictus Games in Toronto. Harry founded the Games in 2014 to give injured servicemen and women a chance to compete in sports including wheelchair basketball, sitting volleyball, and indoor rowing. He and his fiancée attended the UK team trials together in April, and are already planning their trip to Sydney, Australia, for the 2018 Games.

4. They care about the environment. Two of the seven charities the couple picked to receive wedding donations are environmental organizations. They’re also promoting sustainability through details such as the flowers for their ceremony, which will be seasonal, locally sourced, and pollinator-friendly. As Kensington Palace explained in a tweet, pollinator-friendly plants offer a “great habitat for bees and help to nurture and sustain entire ecosystems.”

Besides that, Harry has worked with his father, Prince Charles, on a number of environmental endeavors, including wildlife preservation, waste reduction, and coral reef protection.

5. They’re engaging the next generation of do-gooders. Queen Elizabeth II recently made Prince Harry a youth ambassador to the Commonwealth, and in April, Harry said his future wife would be joining him in that work. The couple have already met with several young leaders at a meeting of the Commonwealth Youth Forum, and they’ll be meeting with other youth groups around the world over the next year to help make change. And it’s no small task — 60 percent of the population of the Commonwealth’s 53 member nations are under the age of 30.

6. They’re passionate about giving back. Although we have yet to hear what charities and organizations the pair will support as a couple, they both readily express interest in sharing their passion and skills to help people around the UK and the world. “There’s a hell of a lot of stuff, work that needs doing,” Harry said in their post-engagement interview with the BBC. “At the moment for us, it’s going to be making sure that our relationship is always put first, but both of us have passions for wanting to make change, change for good.”

7. They’re combining their efforts. Markle’s work with organizations such as World Vision Canada and the UN, plus her international studies degree, have prepared her well for matters of international diplomacy and advocacy. Prince Harry has mastered those skills, too, thanks to his royal duties, and his work in the military and as an active supporter of charities gives him an understanding of how the UK’s systems work. Together, they’re unstoppable.

How do you do good in the world? Tell us @BritandCo!

Kat Armstrong
Kat has been a writer, social media maven and mom for longer than she's willing to admit. She's also spent time in front of and behind the camera, interviewing celebs, politicians and acting as a producer for fashion and artistic photography shoots. When she isn't writing for various orgs and publications, she's hanging with her kids, husband and French Bulldog, Peter, in Toronto, Canada.
Royal Family
Pop Culture
Royal Family Royal Wedding