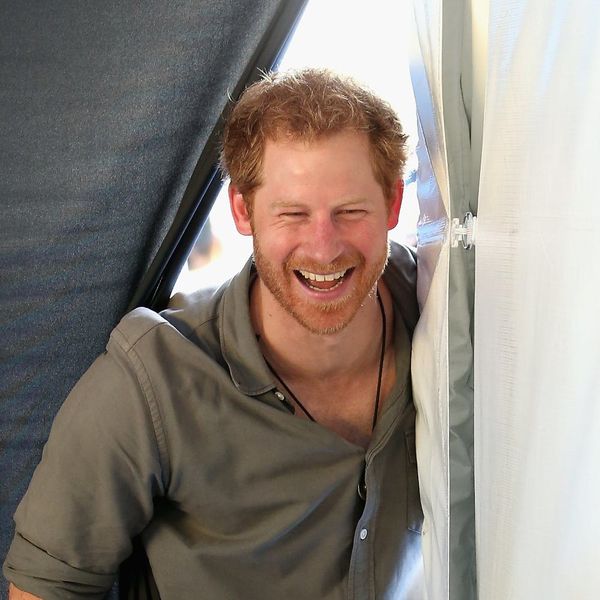 The ladies of new mommy Tyra Banks’ America’s Next Top Model are no strangers to appearing in attention-grabbing photos, and season 21 contestant Winnie Harlow is certainly no exception: Since her stint on the show, she’s quickly become a runway and print sensation. But the model got a lot more attention than she may have bargained for when a cheeky prankster at the event she was attending decided to photobomb one of her recent Instagram photos: none other than Invictus Games founder and Prince of England, Harry himself.

Posting this pic of herself and her agent, Winnie quickly noticed her hilarious photobomber, adding the hilarious caption, “When you’re trying to have a serious convo but your agent and Prince Harry aren’t serious at all 😂 #photobomb.”

The 31-year-old (totally crush-worthy) Prince was attending the Audi Polo Challenge on Saturday along with big bro Prince William (that’s the back of Will’s head in the shot), where the model was also enjoying an afternoon, when he pulled his epic stunt. It wouldn’t be the first prank he’s pulled as of late, either — have you SEEN his epic clap back at the Obamas via Twitter?

Are you amused by Prince Harry’s antics? Tweet us over @BritandCo!