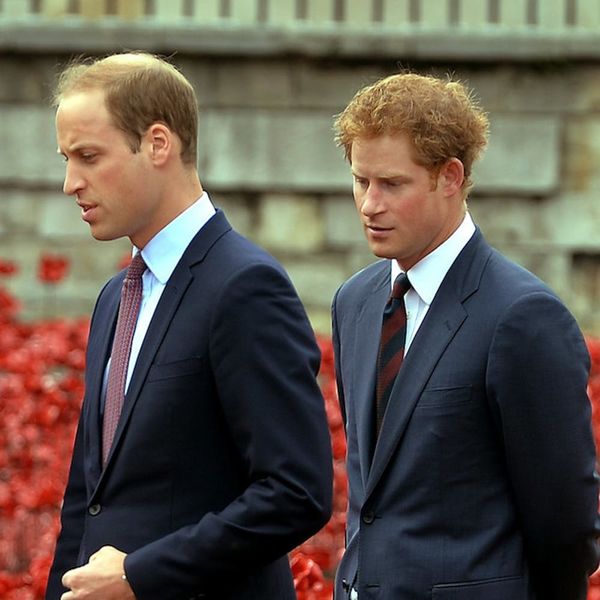 It’s not often that anyone in the Royal Family issues a statement about a personal relationship, but that’s just what everyone’s favorite former wild child, Prince Harry, had to do when speculation over him dating actor Meghan Markle reached fever pitch recently.

After dating for only a couple of months, the Suits star was subject to “a wave of abuse and harassment,” and Harry’s statement made particular mention of the unacceptable “racial undertones of comment pieces; and the outright sexism and racism of social media trolls and web article comments.” Prince Harry said that he was “worried about Ms. Markle’s safety and is deeply disappointed that he has not been able to protect her.” And we can’t blame him.

Initially, rumors suggested that William wasn’t supportive of Harry’s public outpouring, but in yet another unprecedented move, William has released a statement of his own backing up his little bro. “The Duke of Cambridge absolutely understands the situation concerning privacy and supports the need for Prince Harry to support those closest to him,” the palace told The Telegraph.

Both Harry and William standing up like this is a huge deal. Issuing personal statements to the press is not standard for the Royal Family, and for them to do it to slam the hate, racism and harassment against Meghan makes it all the more meaningful. Their united front against this abuse in a position of power is something we’d love to see more of.

Do you think people in positions like the Royals should speak out on these matters? Let us know over @BritandCo.